Now a days a trend is going on Biscuit industry that less usage of Invert syrup,Due to its Carciogen impact like Alkalamide (which comes from the reaction from amino acids and Maillard reactions "Reducing sugars".

so i want to ask question that if we use invert syrup what is the side effect on health.

In my experience there is not a straight answer to your question ( side effects on health) due this depends on many factors, i.e. how much pH of the product, amount of total sugars, formulation , how much product is consumed , etc. Acrylamide is formed by the reaction of sugars and an aminoacid from proteins and there are options to mitigate the amount of acrylamide formed in the product.

As all we might know consuming too much sugar might be harmful for heath , but we can not qualify invert syrup as bad but explain that as many other things we need to balance our diet and maintain physical activity.  Invert syrup contains fructose (sugar from the fruit) and dextrose , of course the concentrations and amount consumed needs to be considered as in the fruit there a low concentrations and in the syrup typically they are higher.  Invert syrup is in other hand beneficial for some product characteristic (freshness in particular). So I hope my answer helps to explain. If need further details do not hesitate in send an email. Thanks

Compounds produced during Maillard Reaction have both positive and negative effects on health, e.g., Anti-oxidative and Antibiotic & Carcinogenic effects. The Maillard Reaction compounds acts as Antioxidants, Bactericidal Antiallergenic, Anti-browning, Pro-oxidants, and Carcinogens. But it was reported that Carboxymethyl Lysine (CML) promote diabetes and Cardiovascular disease while Acrylamide acts as carcinogen. The extent of formation of all these Maillard Reaction compounds depends on the various process conditions and parameters. The effect of these complex compounds on human health depends on the concentrations of the individual compounds present in the final products.

As a general rule, the longer the half‐life of a protein, the larger the amounts of its Maillard compounds are formed. The strong dependence of CML formation on oxidative conditions together with the increased occurrence of CML in diabetic serum and tissue proteins suggest a role for CML as endogenous biomarker for oxidative damage.

Acrylamide formation is closely linked to food composition, factors such as the presence of sugars and availability of free amino acids.

Further studies are needed to distinguish between chemically identified harmful and health‐beneficial Melanoidins. Specific health effects have yet to be linked to chemically distinct Melanoidins. New scientific knowledge will help to clarify whether or not there is a risk to human health from the consumption of foods containing low amounts of acrylamide.

in my view there may be smaller effects of invert syrup usage but not so much side effects that we start using less or eliminate its use. it is very cheap source as compared to normal sugar effects on biscuits that you get from invert syrup. If properly made with right PH and other parameters it is ok.

As Mr. Roberto Pineda I agree with him in later part of his discussion that harmful is sugar as well that we use.

yes of course there are so many bad explanation of invert syrup usage on bakery industry.. I have so many experince of acrylamide subject. especially I have made so many trials for decreasing acrylamide value in baby and kids biscuits

but it is not the only problem caused from invert syrup.. there are so many reasons..

in invert syrup , it is 50% glucose %50 fructose.. and human body mechanism knows only glucose consumption for energy . so fructose especially problem..

but in bakery industry invert or fructose syrup consuption is so huge amount. it is very cheap raw material and give good color..

and also the origin of invert sugar is important for example is it from beetroot or corn. u know GMO is important. especially corn sometimes has GMO problem.. but u can use non GMO form of these syrups etc.

ıf u want I can share some extra acrylamide mechanism documents for u..

After reading Mr.John Blair link it is better to reduce the invert syrup level as far as possible to reduce the addition of acrylamide into our body system so that carcinogenic effects are reduced.  It is not good to eliminate the entire syrup as it has some commercial value to make biscuits but we can reduce the qty where is we can give good and healthy biscuits.

In some countries and some places it is mentioned that MSG added for the taste purpose but consumer to decide to take the food of his choice.  MSG also known  carcinogenic ingredient.

Srinivasan Subramaniam
Ororflavours and Chemicals LTD
211
17
7
1
1 0
Register now and continue reading without interruptions
Join biscuit people, the most effective online solution for the biscuit industry.
Sign up
or
Log in
Do you know the answer?
Help deepesh kaushik by registering and answering.
Register now
Related questions
Water quantity in Biscuits using Oat Flour for Dogs and shelf life
by Geoffroy Docq on 20.11.2021.
resolved
Checking in sweet Laminated Biscuits (Marie) after using hot water in dough
by J. Azevedo on 30.08.2021.
resolved
HEAT INPUT REQUIRED
by Srinivasan Subramaniam on 18.06.2021.
Flow wrapper positioning
by Michael Thompson on 02.06.2021.
resolved
How to control the acidity of extracted fat ( as oleic acid) of finished good cookies?
by Md. Habibur Rahman on 02.06.2021.
resolved
Ask a new question
Top TechTalkers 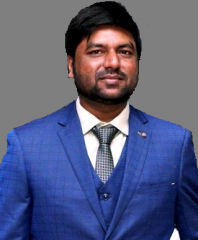 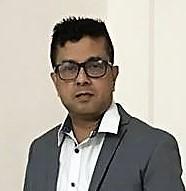 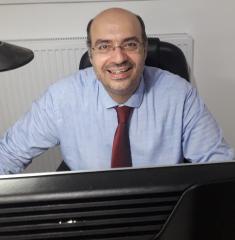 What Is The Story Behind Dalgona Cookies From Netflix's ''Squid Game'' Series?
by Antonela Verkovic on 01.12.2021.

Top 13 German Cookies: German and Christmas Favorites
by Ivan Vidic on 25.10.2021.
Explore other categories
Biscuits Crackers Cookies Wafers Cakes Bars Other
Join the platform
Register for free and access all features.
Join biscuit people
Looks like you don’t have a subscription to do that. Want to upgrade?
Upgrade subscription