After using hot water (~55°C) to reduce dough mixing time in Marie biscuits line, checking occurrence has increased significantly. Could these two factors be related? I normally associate checking with inadequate moisture removal during baking, or bad cooling conditions, but never with mixing changes or hot water use in the dough.

One of the reasons to mix the dough to 42˚C is to ensure that the gluten is fully developed. Mixing normally starts with the dough temperature at 20˚C (in the UK). and requires approximately 12 - 15 minutes mixing on high speed (horizontal dough mixer) to reach 42˚C. If you cut this mixing time by adding hot water the gluten won’t be fully developed and could lack extensibility which may cause shrinkage and uneven thickness of the dough pieces. prior to baking. The addition of hot water may also cause some premature reaction of the raising agents which are added to react in the oven

Checking is the result of uneven biscuit moisture distribution in the biscuit after baking with the centre of the biscuit having higher moisture than the sides. This may be the result of the baking profile, uneven dough piece thickness or lack of aeration due to raising agents

I do not know why you have to use 55*C hot water for semi sweet biscuits.  Is it atmospheric temperature is so less to cope with it?  IF you use such hot water for mixing if your final dough temperature crosses more than 42 to 45*C then there is chances of getting very flat biscuits.  Flat biscuits will result in checking.  In Flat biscuits aeration is less and texture development in the oven also less so definitely free water presence in the biscuit will result in Checking.  This will be more if you do fast baking with high temperature.

But checking is related to baking only.  In Blowy biscuit (thickness too much and aerating agent too much) also will result in checking if the baking not done properly.

additional thoughts came to my mind. Checking is caused by larger moisture gradients between core and crust. Water migration from the core to the crust once the structure of the biscuit has settled creates internal tensions that break the biscuit. Inadequate baking conditions, cooling and packaging are the main reasons.

However, there are pre-existing conditions that may worsen the problem, such as a strong gluten or high water absorption.

With shorter mixing times, there may not be sufficient energy input to weaken the gluten. I am also wondering whether damaging the gluten thermally pre-baking will result in even tougher structure creating stronger tensions. Furthermore, 55 °C come close to  the gelatinization point of wheat starch, so you may have more water absorbed by starch which is then released upon storage and migrates thorugh the biscuit.

Does this fit your experience?

The cause of your issue will most probably be a combination of the three answers above, all leading to inadequate moisture distribution or the desire to absorb more water on certain places than is available..

I wouldn’t disagree with any of the probable causes already suggested but the bottom line is that the gluten is not going to be properly  developed by mixing in this way to allow the necessary extensibility of the dough and that will contribute to some or all of the issues already mentioned.

A high speed horizontal mixer will typically achieve the optimum dough temp around 40-42C in around 10-12 mins.  A cold water jacket is often used depending on ambient and ingredient temperatures.

Therefore it seems to me that your problem lies in the capability of the mixer.   If you don’t have the option of high speed mixing then I’m afraid you will need to stick with your current mixing method to avoid checking.

no, gelatinization of wheat starch only starts well above 50 °C, provided that sufficient water is present. Lower water availability drives the gelatinization temperature up. (This limits the value of my earlier presumption. I was "thinking bread dough"...).

Are you using enzymes (proteases) in addition to SMS? They are efficient for avoiding checking. They have a different mode of action, so can be used in combination with SMS. However, they may even allow for reduction of SMS, if this is an issue.

Mixing time before hot water use was around 26 minutes (not considering automatic and manual load of ingredients), what is quite a lot considering the line output. Target dough temperature is 44°C, that best suits to gauging, according to operators. I believe that 41°C would be enough.

When mixing with above conditions, no checking occurs. But when I use hot water in dough and also heated jacket, reducing 10 minutes of mixing, checking appears. I also suspect that a change caused to less mixing time in dough rheology or absorption could lead to the issue, but I am not sure about the specific cause, and what could I do to solve the issue without going back to long mixing time and non-heated water. It seems that, the more the mixing, more stable to checking the dough is, but only  when no hot water is used to accelerate the process. Also, the mixing is divided in three stages, being the last one for SMS action and homogenization.

Srinivasan, for next trial we will measure biscuit center and border moisture to check if the difference between them is within 0,5% - 0,8% range, so we will have a better idea of water removal behavior in baking.

Lutz, doyou believe that 40 -44°C would be enough to cause starch gelatinization?

This question is resolved.
Additional answers can not be added at this time. Feel free to ask another question.
Ask a new question
Subscribe now and continue reading without interruptions
Join biscuit people, the most effective online solution for the biscuit industry.
Subscribe
or
Log in
Related questions
Sulfite Calculation
by Erel on 22.01.2023.
resolved
Teething biscuits for babies, very hard biscuit
by Ross on 17.01.2023.
resolved
Problems With the Surface of the Cookies and Their Breakage During Packaging
by Kumrie Shala on 16.01.2023.
How to Slower Down the Hydration of Dough?
by abadat on 08.12.2022.
resolved
Recipe and process for Baby Rusk Formulation? 🍼
by Lasni Silva on 11.10.2022.
Ask a new question
Your Moderator 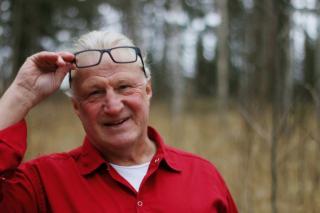 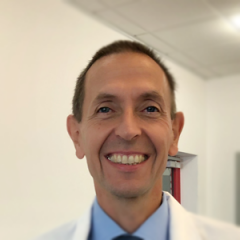 Biscuits as Vehicle for Delivering Therapeutic Agents: Diabetes Mellitus Management as A Case Study
by Omolola Soji-Omoniwa on 19.08.2022.

Hybrids Trend: Beer Flavor Biscuit, Cookie Pizza, Doughnut Mix – What Are You Up To?
by Antonela Verkovic on 15.06.2022.
Explore other categories
Biscuits Crackers Cookies Wafers Cakes Bars Other
Join the platform
Register for free and access all features.
Join biscuit people
Looks like you don’t have a subscription to do that. Want to upgrade?
Upgrade subscription