What Is The Story Behind Dalgona Cookies From Netflix's ''Squid Game'' Series? 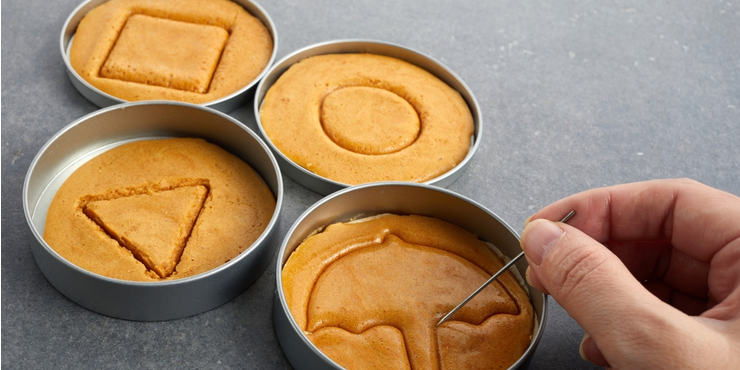 Dive into the Korean cuisine and a new Netflix hit series ''Squid Game'' with dalgona candy - hear about long-lasting history, and the game that follows dalgona cookie - one unusual biscuit type.

Have you already watched the new hit series "Squid Game" or maybe it is not your cup of tea? Korean, differently, the tension that doesn't subside minute by minute of each episode, and includes the famous cookies! We are not here to write about the series, in case you've got confused, we are here to merge the trend with the biscuit industry, considering that for this year 2021 when the trend of the biscuit industry is coming to an end, it is a combination of brands and biscuits. We had an example of "What could Oreos and Game of Thrones have in common", and now such a combination consists of Squid Game and Dalgona Cookies.

Could only sugar and water make a biscuit?

The answer is simple, believe it or not - it could! In a sea of ​​new, always different and biscuits with different flavors, colors, unusual compounds such as the most unusual cookies in the world, we return with this example to a tradition dating back to ancient times when dalgona candy was a popular candy that is sales on Korean streets.

Back to the roots: What does dalgona represent?

Dalgona (달고나) or ppopgi (뽑기) is a Korean candy made with liquefied sugar and baking pop. It was a famous treat during the 1970s and 1980s, is as yet eaten as a retro food. ''Nostalgia'' became a similar taste especially during these uncertain times of the COVID-19 pandemic when, according to researches, people started looking for well-known flavors to make them somehow feel safe and connected to loved ones - according to 2021 trends in the biscuit industry. People love to remember things that made them feel good and connected – the same is with food and this is why dalgona cookies!

The Dalgona Candy hides a game in its story

When a spot of baking soft drink is blended into dissolved sugar, the warm decay of the baking soft drink discharges carbon dioxide, which makes the liquidized sugar puff up, and it turns into a light and crunchy candy once cooled and solidified. Ordinarily, the velvety beige fluid is poured on a level surface, squeezed level, and stepped with a designed shape. Eaters attempt to manage their direction around the layout or picture on the nibble without breaking the image. Assuming the managing is finished effectively without breaking the sweets, the buyer gets another free dalgona.

Present-day bistros in Korea serve novel refreshments where dalgona-enhanced espresso cream is loaded on top of chilled tea or espresso (especially Dalgona coffee, about which you will be able to learn more later in this article), and baked goods like other biscuit types. A few bistros likewise utilized dalgona to dispatch treats, for example, bingsu and souffle.

The very first beginnings of dalgona and name etymology

Ppopgi was originally a term for sugar-based confections that could be easily molded into shapes like stars and circles. Dalgona was originally a term for expensive confections that used glucose and didn't need a form. Due to concerns with dalgona's inability to form, the word dalgona became to refer to a similar meal to ppopgi. It was predominantly known as dalgona and ppopgi in Gyeonggi Province, which included Seoul and Incheon, but the names varied depending on the location. The media had minimal impact from the 1970s to the mid-2000s, when the popularity of ppopgi was at its peak, therefore the names were distinct for each district. Nonetheless, the impact of the Seoul/Gyeonggi locality, which is generally presented to the media, has grown as the distribution of cell phones and the impact of the media has grown. Since that time, these provincial titles have lost their clout, and most middle and secondary school students just refer to them as dalgona.

Dalgona candy, according to historians, first appeared in the 1960s, when the South was still reeling from post-war destitution and delicacies — such as ice cream or chocolates — were scarce and expensive. The candy was quite popular, with multiple merchants setting up their booths around schools. It was extremely sweet, with traces of almonds and harshness.

Lim and Jung started their dalgona business with 30,000 won after closing their 20-year tailoring business at the time of the Asian financial crisis in 1997. The sweet was harmed throughout the South's rise to become the world's tenth-largest economy, which came after many years of rapid financial progress under dictator control in the postwar period.

There wasn't much sweet prepared food available for children in 1970s Korea. Home baking was practically unfathomable, and possessing a broiler was a rare luxury.

Dalgona gained the most popular because of kids – who were the biggest consumers. It's not because adults didn't like the candy, but mostly because it was very entertaining for kids to play the dalgona game.

The game's name is Ppopgi

In the city, there were several dalgona sellers, each with a small charcoal oven where youngsters could manufacture their dalgona sweets. It just costs a few pence in those instances.

The seller would offer you a small scoop with a small amount of sugar in it. Crouching and holding the scoop directly on the briquet, you combine the sugar with a disposable wooden chopstick until it caramelizes. You add a microscopic measure of baking pop when the sugar has turned a deep golden shade. Suddenly, the scoop's contents morph into a dazzling effervescent mass.

Children who cut the mold well were occasionally given prizes (such as toys) by street sellers.

When you are sitting at home, and you feel the urge to taste something sweet and have no idea what to make, and with all that you are not even supplied with enough ingredients for biscuits - do you think it is almost impossible to sweeten? Dalgona is made from only two ingredients, which we always have in our household and that makes it special.

Make your dalgona candy at home!

Quickly reminder: Your dalgona may become sticky if the temperature and climate are humid.

Storage: Also, the candy can be frozen for up to 3 months. To keep them from sticking together once they've cooled, wrap them separately in plastic wrap. After that, place them in a freezer-safe bag. You have already tried to make them but didn't succeed?

As it is said, making dalgona candy is similar to making pancakes in that the first biscuit baking process almost always fails. The melting temperature and the interaction of baking soda with caramel are most likely fairly precise science.

Dalgona candy had a big comeback because of the new Netflix series called ''Squid Game''. Squid game is a series in which all the old games played by children are back, but this time the return was to a different door. The game is not as harmless as it was in childhood because the one who loses in the game - loses his life and is shot.

In one of the episodes, the players play a game with Dalgona candy, and the one who fails to carve a certain shape on the cookie in a given time without it falling apart or cracking - shoots him.

According to Reuters, a man named An Yong-hui, 37 has been manufacturing dalgona in a university zone in Seoul for the past eight years. In June 2020, he and his coworkers used 15 kg (33 lb) of sugar to manufacture 700 sweets for the show's third episode, which Netflix describes as equal parts "sweet and deadly." Because of the show's success, An hasn't been able to go home for a week to fulfill the demand from enthusiastic "Squid Game" fans who begin queuing up outside his 2-square-meter (2.4-square-yard) street restaurant at 11 a.m.

He now sells over 500 dalgonas every day, up from less than 200 before the show's debut.

On the show, the disadvantaged competitors compete in games that harken back to a more idyllic pre-digital era for a prize of 45.6 billion won ($38.40 million).

Director of the Squid Game series, Hwang Dong-hyuk, admitted in one Youtube video:  "I would make the dalgona maker extremely perplexed by succeeding on the most difficult shape of an umbrella," the director recently said in a YouTube video.

Specialists,  Lim Chang-Joo and his wife Jung Jung-soon, produced between 300 and 400 dalgonas over three days of filming.

Dalgona candy TikTok trend: #dalgonachallenge is hot on TikTok, with millions of views on videos of individuals attempting the game.

Dalgona is not only the name for a candy

During the quarantine in 2020, social networks exploded from the trend of dalgon coffee, which was prepared mostly on videos with the hashtag #dalgonacoffee, which still has 593,000 posts, motivates users to dare to make this fluffy coffee themselves.

According to a detailed history of the beverage from VICE, the dalgona coffee craze began after a TV show clip of South Korean actor Jung Il Woo trying whipped coffee at a cafe in Macau was uploaded to YouTube in January. The drink resembled dalgona candy, a Korean-style honeycomb toffee made by melting sugar and stirring in a small amount of baking soda, according to show commentators.

The whipped coffee became popular among Korean YouTubers as "dalgona coffee," and it eventually became a worldwide trend.

Will you pass the game?

Have you already tried or will you get into trend and play a game? Send us your versions or maybe some new, different shapes – we are curious to know, send us at contact@biscuitpeople.com. Just a quick reminder – don't make a game dangerous like it is in the Netflix series! Stay safe and treat yourself with candy!