The Best of Atta Flour: Simple Atta Biscuits and the Connection with Chai 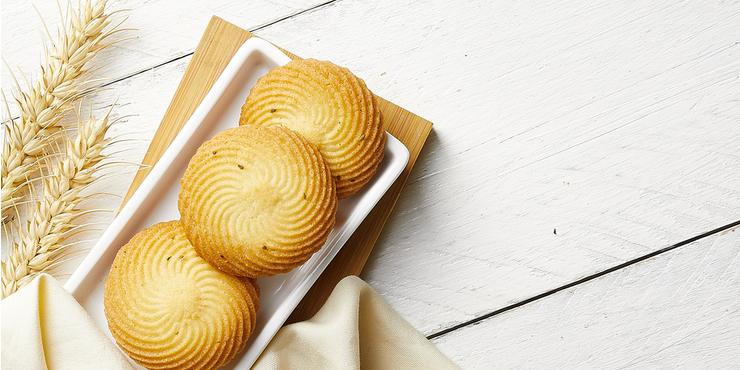 Another Indian biscuit that is a staple in this country's cuisine and deserves to be in our Complete Collection of Biscuit Types is the Atta biscuit. Made out of atta flour, this simple treat is great to dunk into the Indian Masala chai, and precisely because of its simplicity gives room to creativity and freedom to change the flavor as you like.

On our little trip of biscuits around the world, we explore Indian Atta biscuits, made from wholemeal wheat flour also known as atta flour, after which the biscuits are named. These biscuits are simple to make and don’t have a strong flavor which is perfect for those who don’t like overly sweet and strong biscuits. Because of its simple recipe and basic ingredients, it’s very easy to combine Atta with tea or coffee, a combination that provides for a fuller experience of the two.

What makes these biscuits particularly Indian, besides the fact they were created in India, is that they’re made from atta flour, which is an Indian type of wheat flour.

Is atta same as wheat flour?

Flour made in India is different from the ones in the Western world. The main difference lies in the texture of the flour, caused by a specific milling process. In the Western world, whole wheat flour is milled by steel rollers, while in India stone mills are used for the same process. These stone mills are called chakkis and consist of one stationary stone and another rotating one which are ground against each other in the process of milling to crush the wheat seeds into a fine powder.

The heat produced from the grinding causes starch damage and some loss of protein in the wheat seeds which affects the integrity of the flour, making it very finely milled. Atta flour is used widely for Indian flatbreads but it seems that it can also work really well with biscuits, proven by the unique and sweet Atta biscuits. It’s important to note that atta flour is higher in gluten than Western whole wheat flour so if you’re intolerant to gluten, we recommend you opt for gluten-free flour. Keep in mind that some flour might work differently for some biscuits, and underperform, while others perform really well, so the choice of flour might actually affect your baking result.

Atta is a simple biscuit that has a cracker-like consistency which means that it’s fit for dipping into tea or coffee. Since it’s an Indian biscuit, it is most often consumed with tea, India’s favorite beverage. The two most popular types of tea drunk with Atta are the Masala chai and the cutting chai.

Creamy and yummy Masala chai that you need to try

Masala chai is an Indian tea made out of black tea, milk, and a variety of spices. The word masala literally translates to “spice”, while chai means “tea”, thus it is spiced tea. The fact that this tea was named after spices it incorporates shows that the spices are a very important component.

Masala chai’s mixing with milk is reminiscent of the British tea, which is also made with milk. The British colonization of the Indian subcontinent influenced the way Indians have their tea, with the addition of flavorful spices being India’s contribution to the tradition. What is fun about Masala chai and the spices used is that there are no rules. You can mix the black tea and milk with pretty much any spice you want and create a custom flavor that suits you. It is observed that many use cardamom pods, star anise, cinnamon, peppercorn, nutmeg, and vanilla but don’t let that limit you in your options. Experiment with the flavors and make your own, perfect, delicious Masala chai.

You can optionally add a sweetener to your Masala, like regular sugar, Stevia, honey, or maple syrup.

Masala tea has become popular worldwide and is served in many coffee and tea houses, although it is often named chai latte in the West. The “latte” part alludes to it being made with steamed milk, just like the cafe late. Chai tea is a name also commonly found in the Western world, but actually, it doesn’t mean anything.

Is Masala tea the same as chai tea?

Chai tea is used in the Western world, specifically in the US to denote Masala chai. Chai tea as a phrase is not functional because it doesn’t communicate anything particular. Chai means tea in Hindi, so if we translate the word literally in the phrase Chai tea it would mean “tea tea”. When Americans say Chai tea they actually mean the Masala chai or tea made with milk and spices. Thus, chai tea just means Masala chai.

What is cutting chai?

Cutting chai is essentially a regular chai, just served in half of a glass. The name means “cut into half” because the quantity of the beverage is reduced. The idea of serving the Indian chai in a smaller quantity of half a glass was born in the city of Mumbai where street sellers of chai realized that some people thought a full glass is too much for them to consume. This actually makes sense because Indians are known to drink a lot of tea, a couple of glasses a day, that is, so it makes sense that some would still like to enjoy tea throughout the day but in smaller quantities. But just because it can be consumed in only half a glass doesn’t mean that the cutting chai should be “cut” in flavor as well. It should be just as strong, flavorful, and aromatic as regular chai so that you still experience the amazing flavor of the tea, just packed in a smaller amount. In addition to having a lesser quantity, the pro of drinking half a glass of chai is a cheaper price, which comes in handy, especially if you drink a lot of tea daily.

Whether you decide to drink cutting chai or Masala, you are sure to enjoy, as both are great drinks and very versatile with the almost limitless options of spices added. Since we’re the Biscuit People and fans of everything biscuit, we sincerely hope you drink your chai and dunk some Atta in it because of the richer experience. Try it in a café, try at your home!

We can talk about Atta biscuits as much as you want, but you’ll never truly know what they are like until you try them for yourself. The truest experience you’ll get is if you try to make Atta at home. How to make Atta biscuits at home? We provide you with a chance to try them out with this biscuit recipe.

Learn more about the process of baking biscuits if you're unsure whether you got it all down.

Atta biscuits can be a savory snack as well, you just have to either not use sugar at all, and use salt instead, or you can use both, but add sugar in small amounts so that the flavor is primarily salty. Both the salty and sweet Atta biscuits are well paired with tea. The savory option is slightly healthier because of no sugar involved so you can be sure that you can stay healthy and eat your biscuits.