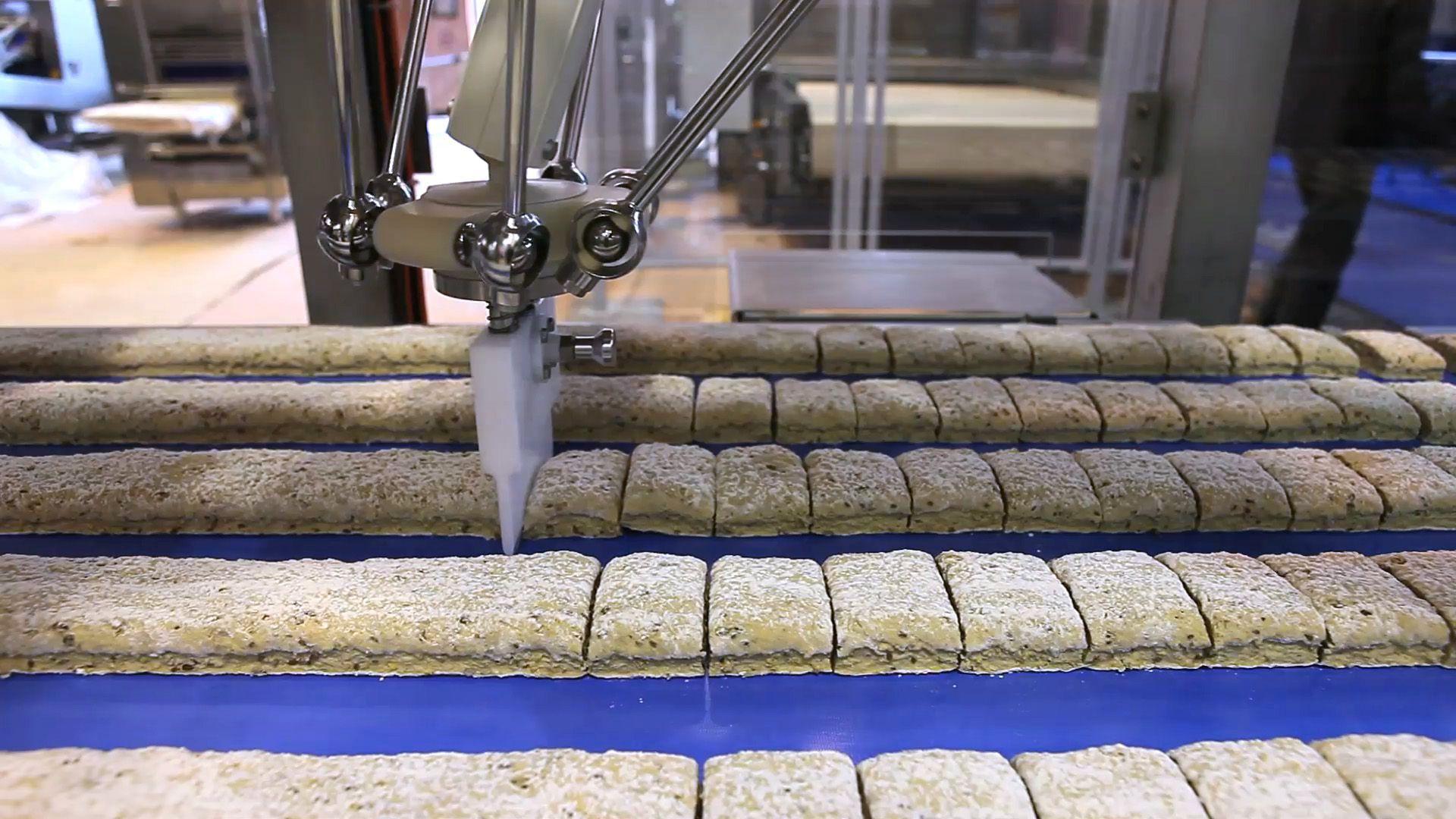 Laminating is the biscuit or cooking making process by which a layered structure is built up through the rolling of the dough, folding it, then turning it through 90 degrees at least once before the final cutting thickness is gauged.

During this stage of biscuit and cookie production, gluten is developed which gives the baked product a delicate flaky structure. Often, another material such as fats for biscuit will be introduced between the layers for purposes of encouraging further separation of these layers during the baking process. Any developed hard dough can be laminated with benefit during the process of biscuit or cookie production. Lamination allows for the creation of clearer dough, as well as the introduction of fat and flour mixtures designed to keep the layers of dough separated during the baking process. Most important to the overall structure of the cookie or biscuit is the dough sheet/ stress relief that the laminator provides.

For puff biscuits and cookies, a lot of fat is introduced between the layers of dough, thereby producing a structure that is very flaky. This fat may be introduced into the dough in the form of knobs before sheeting takes place, or even as a continuous layer following the formation of a good dough sheet. Both cases require gauging and laminating for the subsequent build-up of the number of dough layers that may appear in the form of very thin flakes in the baked cookie or biscuit.

An important feature of the production of this dough is the plasticity of the fat or fat/ flour mixture that is utilized. It is important that the consistency of the dough and fat be very similar such that the fat does not break through the dough layer or on the other hand end up being squeezed out. The baker will need to ensure that the fat utilized does not end up with a large high melting point tail above body temperature. To achieve a dough that is sufficiently plastic and firm in consistency, you will need to arrange for the dough to be cold, typically not more than 18 degrees.

Types of Machines Used In the Process

Laminators use precision motor control for the accurate cutting, stacking, and delivery of laminated dough to the downstream forming and reduction equipment. Sheets of dough are moved to the discharge conveyor through the layering carriage, which then deposits the sheets by extending these to the far edge of the laminator take-away conveyor. While conveying, the carriage will retract ad thereby gently lay the sheets on top of the lamination stack which is moving.

As the lapper in the laminator builds up the dough layers, it is crucial to make adjustments to the speed such that the exact same number of laps is present all the time. It is important to avoid the occurrence of a variable thickness which can cause the feeding to the next gauge roll to be uneven, with irregular stresses being set up in the dough on gauging to a final thickness. This laminator is typically comprised of a three roll sheeter incorporated with cutter scrap, 2-3 gauge rolls, dust spreader on part of the sheet, as well as a lapper with a capacity of building up approximately 10-12 layers. Such a laminator is advantageous in that it allows for the continuous smooth action of most of the parts.

Similar in performance to their vertical counterparts, horizontal laminators have units spread out horizontally before the lapper on which the sheeting, gauging and dust filling will take place. This may be supplied by a cut sheet lapper in which case the dough sheet is laid down only with the retraction of the lapper. In such a case, only the top of the dough sheet will appear on the laminated dough pile. The key advantage to this is that little or no stress will occur at the edges as no folding takes place. In addition, an in-line laminating arrangement may also be an option.

One advantage to this type of laminator is the fact that multiple lappers may be used where required, which allows for the introduction of a second turn to the dough. It is common to use 2 three roll sheeters in horizontal laminators, with more fatty fillings being added onto the lower dough sheet, between the two sheets. In this laminator, the width of the laminated dough pile may be controlled by paying attention to the laminating section. In addition, the number of formed layers may be altered through the adjustment of the relative speed of the conveyer that takes the laminated dough away. The faster the running of this conveyor, the fewer the number of layers that will result. Sheeting and Laminating
What is gauging? Is there a difference between gauging and lamination?

First time doing crackers I have some problems
After fermentation, we add the amonium bicarbonate and the dough gets very humid and we must add more flour to dry it, if the dough isn´t very dry it is very hard to laminate as thin as we need, but it is very hard to form a ball because it must  be so dry that it falls apart in pieces that once we put on the laminator we must be able to form a dough and star laminating and folding for 3 times, then we reduce the thickness to 0 we must pass it for three time until it reaches the correct thickness, but it is very frustrating and time consuming because it breaks very easy and we have to start all over again. We try to give the dough time to rest and we keep it warm and in a humid container hoping it will be more pliable... 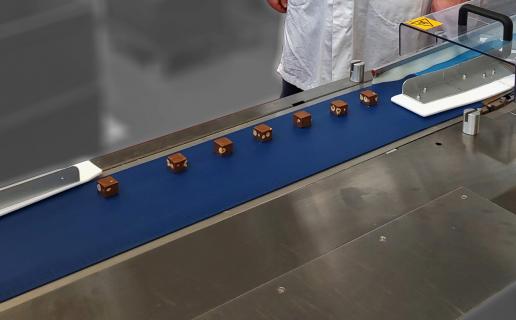 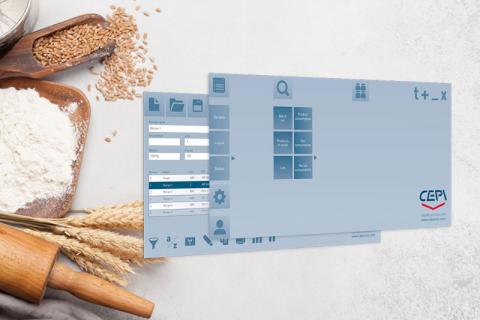 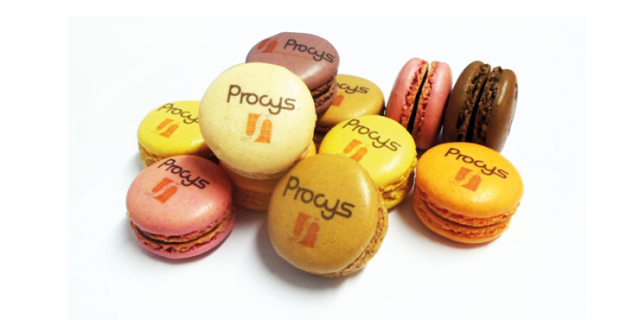