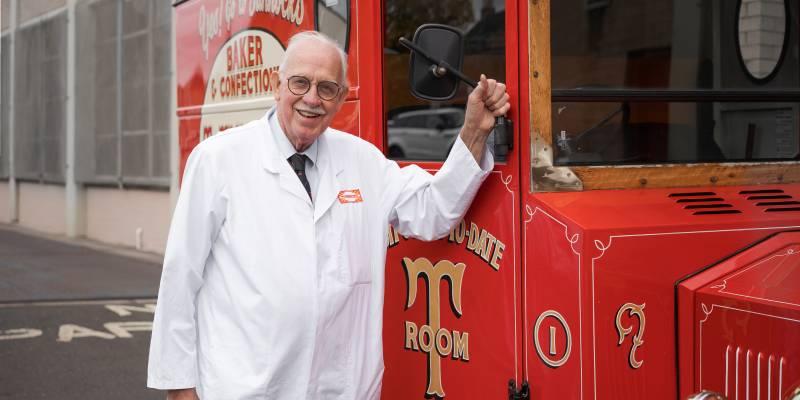 1.Tell us about the creation of your company, the history of your family since the beginning in 1890, with Thomas Tunnock.

The story of Tunnock starts in 1890 when my great Grand-Father Thomas Tunnock bought a shop for 80 pounds, which was a lot of money at that time, to open his bakery, here in Uddingston.

2.In 1952, your father Archie, had the idea of the Caramel Wafer. Can you tell us more about that?

After the war, he began to sell cakes and then had the idea of the Caramel Wafer. They had layers of caramel between wafers and worked very well. At that times, sweeties were rationed, but caramel on wafer was not rationed and things just took off. Then came the snowballs and the caramel log, and finally the tea-cake.

3.Where did Tunnock get the great idea of the Tea-Cake? The idea of the tea-cake came in 1957, from one of our agents, Mr. Watson, who said “Why not take the snowball cream, put it onto a biscuit covered with chocolate?”  With the meringue, it’s a different eat, it melts in your mouth. At that time we did 3,000 boxes per week and today we do 100,000 boxes.

Everything grew quite quickly. We started by hand wrapping the tea-cake, passing them through a brush that we developed. Today, the way the tea-cakes are wrapped is still the same, through our own brush, but it’s done automatically by the BNK machines of Sapal.

My grand-father started it, my father carried on. Actually, I am only half the man my father was. My father died 38 years ago and I’ve been in this seat for 30 years. We all work without counting hours, but you know, there’s no time when you’re in business for yourself. We have created something and by advertising, we’re still here.

5.If you had to start over, would you do it the same way?

There’s more fun in travelling than there is when you get to your destination, you know. I can’t think of anything else I would like to be doing! I think you have to keep it simple, know what you’re doing and employ good people: engineers, programmers, electricians…

6.When did you start working with Sapal and why?

At the beginning, the first machines we got were machines called Geneva movement, a disc with 10 holes. Sapal was already the Rolls Royce! We bought our first Sapal Machine in 1974, it was a BNK. And we have bought practically one every year after that. Sapal wrapping machines are the best. I knew they were very very good, because they had their own oil bath system. We have bought many of their machines and have also rebuilt some. I remember being at Sapal in the early 80’, they were building their factory in Ecublens and it was so full of machines and containers waiting to be assembled you could hardly distinguish one machine from the other! They are so well built, and now, of course, with modern electronics, they are even better.

7.Why do you still work with us despite the competition? If I'm working with Sapal it's for the reliability, the robustness of the machines, the low Maintenance required and the Machine Efficiency. And also, for the human relationship. They are always there for me. And of course, for the Life Cycle of the Machines.

8.What do you think are the strengths of Sapal?

Well, you know, it’s like swiss watches. You could buy other watches, but the swiss ones are the most reliable. Swiss people have always been famous for being very accurate in everything they do. If there was a better machine than the BNK of Sapal, I would buy it, but there's not a better machine in the market. It works well and it's easy to operate. It’s important, you must buy machines that operators like that are easy to work with.

I looked at the competition and other machines can run as well at 120 per minute, but the BNK could run up to 200 per minute…and they are running 24 hours a day! The whole efficiency of the Sapal machines is really important. And for the operators, they are great because they are so easy to work with. Our operators like them.

The reliability and the after-sales services are very good, super. And It’s much better now that they are on their own. We are also happy with the relationship with our contact people. The life cycle of these machines is amazing. For example, one of our lines containing 4 BNK’s which are more than 20 years old and these machines are running ok, but we will send them back to Sapal for an overhaul. They’ll replace all the needed parts and they will be running for another 20 years! It is rare to have problems, because they have sensors that do not let the machine run if something wrong happens.

Sapal engineers perfected a lot of things on the machine all over the years.The quality of packaging of our products is of course very important to us. The foil has to be very tight even on uneven surfaces, which our BNK machines do perfectly well. 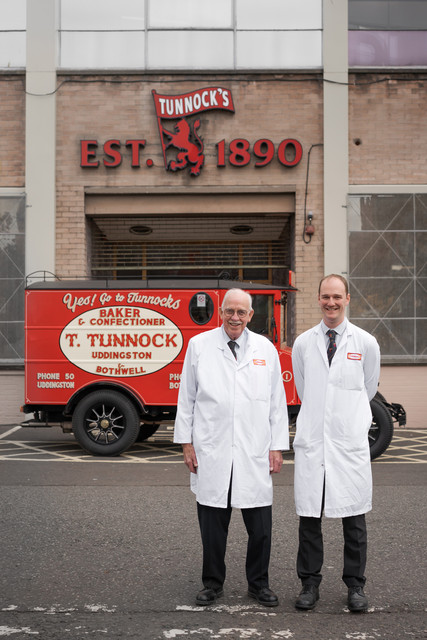 1.I imagine that efficiency and quality of the packaging are the most important things you’re looking for in the machines. What could you say about the Sapal Machines?

I think that for the efficiency and the quality of the packaging, for the product that we are trying to run the Sapal BNK and the DPN 7 machines that we have are the perfect machines for the job. Over the years, we’ve tried different types of machinery, but we stick with Sapal, because Sapal are the best in the business for this type of machine, this is why we have always kept our relationship with Sapal.

The wrapping of the tea-cake on the BNK has to be done at a slower speed than the DPN7 because the chocolate is so delicate. With the BNK, all works very very smoothly and efficiently, due to the good quality of the Sapal Machine.

2.What do you think about the way the Sapal machine are operated and maintained?

The Sapal machines are really easy to operate, there’s nothing too complicated about how the buttons are. In the DPN7, we have the HMI, a screen which is very clear, simple and easy to use. Which is also good because it means that there no complex training that needs to get done by our operators. We can take a short time to train them how to operate the machine, how to put things apart and clean them, how to stop running at the end of the shift. For both machines, it’s again very similar.

For example, on the DPN7, all you have to remove is the folding box and this can be cleaned very simply. The accessibility is very good. The doors are all locked when the machine is operating, which means they are very safe. Same for the BNK

3.Why did you decided to refurbish your machines?

We find that, because we keep our machines well maintained, that they now run for longer and better. I think that if you look after the machine, the machine will look after you.

4.After how many years did you decided to refurbish your machines…they are still here, are you still happy with them? Do they work as well the first day as 50 years ago?

As soon as I become Project Manager it was a priority for me. At the beginning, Boyd was not so sure about this, but now that he has seen the benefits of it, he is happy with the result. When the DPN 7 came back after being refubished, they worked straight away, as if they were brand new! We also refurbished three BNK and it took some time to settle in. Now the machines are perfect and are running very well.

5.What does Sapal do for you that make you be happy with them? I would say that Sapal is a very good company to work with. And it’s better now that Sapal is back on her own. I deal directly with them, I’ve been to the factory as well, which I think is good. The maintenance staff, the sales and the services guys and the people in the office now know me and I think it’s really important to have a good relationship.

6.Why do you still work with us despite the competition?

I would say that it’s due to: the robustness, the reliability, the life cycle and the quality of the machine. We buy the best machinery because we know we’ll get the best quality. 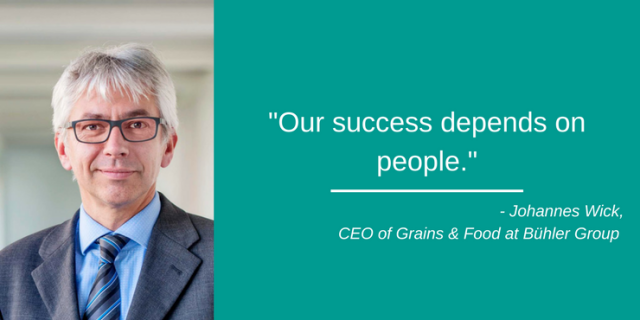 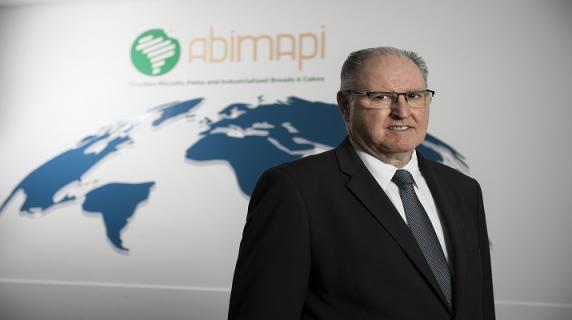 Claudio Zanão: "Biggest achievement over the last 10 years, was the birth of ABIMAPI"
in
Interview
We bring you an interview with Claudio Zanão, CEO of ABIMAPI in which he opens up about ABIMAPI's goals for the future. 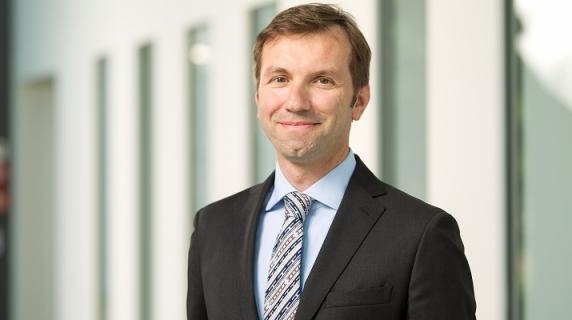 Marco Gandini : “Our idea is to inspire customers to create products with our solutions”
in
Interview
We asked GEA's VP and the Head of Bakery Applications, Marco Gandini, a few questions regarding the industry, their Bakery Experience Center and...
Looks like you don’t have a subscription to do that. Want to upgrade?
Upgrade subscription