June 23rd, 2021
by Annelyse Bartolo of Consolidated Biscuit Co. Ltd.
in Our experts
Share this article! 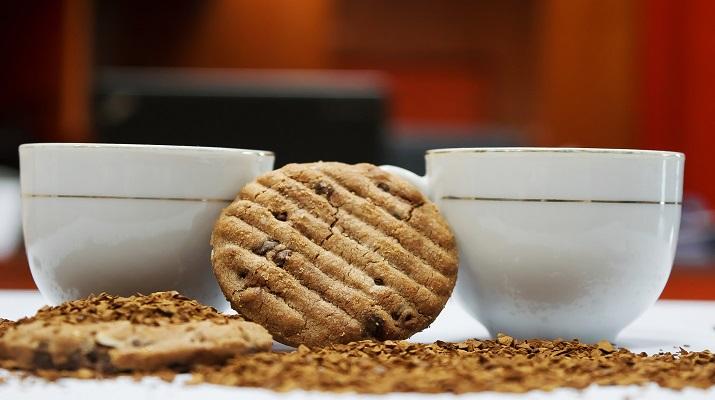 Insights on the acrylamide in food. The increasing awareness on acrylamide in food began after the discovery of this chemical in potatoes which had been heated to temperatures higher than 120°C. What is Acrylamide?

Acrylamide in its pure form is a white, odourless, crystalline organic compound belonging to the amide group. Its chemical name and formula are prop-2-enamide, C3H5NO. It is a water soluble compound which has a low molecular weight of 71g/mol. Acrylamide is used as an industrial chemical in the manufacture of polyacrylamides, dyes and monomers.

In recent years it has been noted that small amounts of this chemical, at ppb/ppm levels, also form naturally in foods as a by-product of the cooking process due to the thermal input during grilling, frying or baking. It is not of concern in foods which have not been heated or in foods that have been boiled.

Acrylamide is mainly formed through the reaction between naturally occurring monomeric units of protein and carbohydrates in food, mainly through the reaction between the amino acid asparagine and reducing sugars such as glucose and fructose. Acrylamide only forms in foods where the raw material contains these necessary precursors. The reaction which results in the formation of acrylamide is part of the Maillard Reaction which causes enzymatic browning of food. In this reaction amino acids and the carbonyl group of reducing sugars react at high temperatures. The increasing awareness on acrylamide in food began after the discovery of this chemical in potatoes which had been heated to temperatures higher than 120°C, at Stockholm University in Sweden in the year 2002. Consequently the European Food Safety Authority confirmed that acrylamide was a potential carcinogenic substance and that the current levels of dietary intake could be a concern. The levels of acrylamide present in foodstuffs may be determined through laboratory analysis using liquid chromatography-mass spectrometry techniques.

During the past years there has been increased monitoring for the levels of acrylamide in different food types. Apart from establishing typical values for acrylamide in different foods, mitigation measures for reducing acrylamide as well as benchmark levels for particular food categories have been made readily available. Foods where acrylamide levels should be monitored include potato crisps, snacks, crackers, products from potato dough, fine bakery wares, cookies and biscuits.

Food manufacturers can apply various measures to lower the acrylamide levels in their products by means of good manufacturing practices and implementing procedures based on risk analysis and HACCP principles. Reduction of acrylamide in foods can be achieved in various ways however there is no single solution which works for all product types. The main considerations for reduction measures are as follows:

The potential contribution from each stage of the manufacturing process towards acrylamide formation should be assessed.

Various types of ingredients contribute to different levels of acrylamide in the finished product. The higher the levels of asparagine and reducing sugars in the raw material the higher the potential to form acrylamide during the thermal input step.

The presence of reducing sugars in the recipe such as glucose or fructose syrups provide one of the reactants required for the formation of acrylamide. Reduction or replacement of such syrups and honey with non-reducing sugars may be beneficial, particularly in recipes containing ammonium bicarbonate. Sucrose, table sugar, is not a reducing sugar since it does not contain the free aldehyde functional group (-CHO) which is necessary for the reaction to take place. Sucrose therefore cannot react with asparagine directly as it first needs to decompose. Reducing sugars may also be present in the recipe indirectly through the use of ingredients which contain such sugars for example lactose in milk or fructose in dried fruits.

Cereals contain different levels of the amino acid asparagine. Typically levels are higher in rye, oats, wheat, maize and the lowest in rice. Consequently products made with rice tend to have lower acrylamide levels than those made with other cereals. Partial replacement with rice flour may therefore be beneficial. Asparagine is also more concentrated in wheat bran so the use of refined flours may help in reducing acrylamide levels. Natural variations in raw materials may result in fluctuations of the acrylamide levels in the finished product.

Potatoes also contain substantial amounts of free asparagine and reducing sugars. The sugar levels differ from one variant to another and also through the use of different storage conditions. 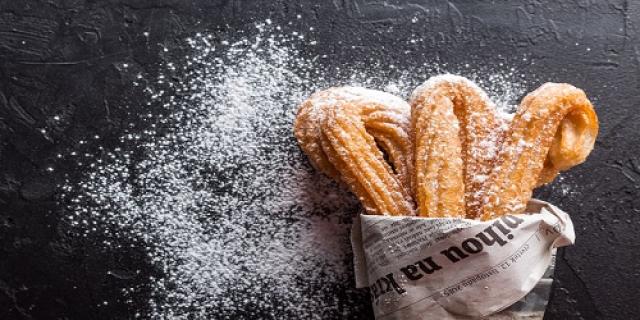 Yet another contributing factor is the previous exposure of the ingredients used to a heat treatment step before use in the biscuit dough for example use of pre-processed cereals, roasted nuts and seeds or dried fruits. If the ingredient has already been subject to a thermal input step then this may already contain acrylamide which adds on to the acrylamide formed at the baking step thus increasing the overall acrylamide levels in the finished product. In a similar way if rework which has gone through a baking step is used this may also contribute, ideally over-baked product should not be used for rework.

The use of asparaginase enzymes may contribute to the reduction of acrylamide levels for certain products. This enzyme converts asparagine to aspartic acid and ammonia which do not take part in the acrylamide forming reaction. Asparaginase enzymes are less effective in recipes with a high fat content, low water levels or high pH value.

An increase in the dough standing time, before being processed, is beneficial for both fermented types of dough as well as for dough making use of asparaginase enzymes to control the amount of free asparagine present before the baking step.

The moisture levels in the finished product should not be too low since the formation of acrylamide is favoured by higher temperatures and lower moistures. Targeting a slightly higher moisture level could be beneficial in obtaining lower acrylamide levels. One must take into consideration that higher moisture levels may effect product texture, quality, shelf-life and possibly also have implications on microbiological food safety risks. In general the darker the product the more likely it is for the product to contain higher levels of acrylamide. Targeting a lighter bake is generally favourable.

A number of the above measures may need to be taken in order to obtain a significant reduction of acrylamide levels. Similar control measures may be applied to products having similar ingredients, recipe design and process parameters which may impact acrylamide levels in the finished product. When such measures are applied, precautions need to be taken to avoid impacting the chemical, physical and microbiological aspects of the food which could compromise product quality and food safety.

Acrylamide in Fried and Baked Food