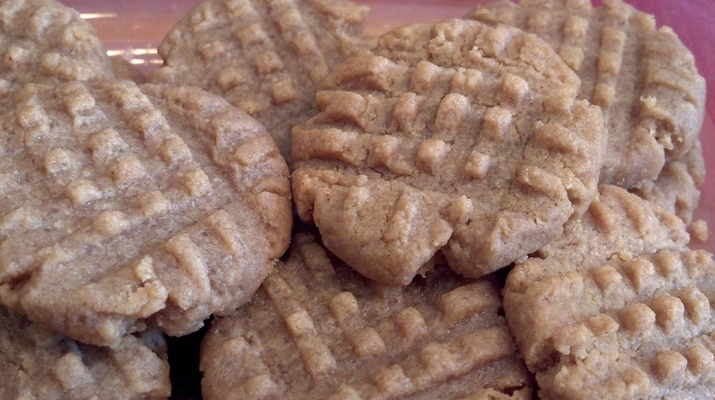 Peanut butter cookies are truly a delight. They were created out of necessity, but turned out to be a huge hit, primarily amongst American families.

You must have tried, or at least seen or heard about (what is probably the most classic and popular type of cookie in the world) the chocolate chip cookies at least once in your lifetime. They are extremely popular and featured in a number of commercials and family movies. They’re a cultural phenomenon that people across the world adore. But did you know that their cousin, the peanut butter cookie, is highly famous and popular as well? In fact, it is the second most favourite cookie of the American families across the United States of America.

When they say necessity is the mother of invention, they must have had peanut butter cookies in mind. The earliest documentation of the existence of peanut butter cookies, which are an American invention, dates back to the early 1900’s. This was when an educator, George Washington Carver, passionately began advocating that the farmers shift away from the cotton crop, following a heavy boll weevil attack on cotton. As a solution to this infestation, Carver called for the use of peanuts instead, citing their health benefits. To further promote his cause, he compiled a recipe collection, whereby all the recipes made use of peanuts as an ingredient.

Although the peanut butter cookies did not originate there, they are a large part of New England’s culture. Up until 1939, there were many variations of the peanut butter cookies recipe circling around New England. One of the most basic recipes, however, which would be perfected in 1947 and still be used even today, was published that very same year. A cookbook titled The New England Yankee Cook Book, An Anthology of Incomparable Recipes from the Six New England States contained this recipe for the iconic peanut butter cookies. It was sent in by a lady called Myron Duefrene, who lived in Conimicut, Rhode Island. Her recipe was a success and was published along side the other recipes in the cookbook, and the cookies quickly became an integral part of the culture of New England.

The very first article which talked about the various uses of peanuts was printed by the New England Kitchen Magazine (volume three, number four, July 1895, from pages one hundred and eighty-four to one hundred and eighty-five). The article is titled “An American Delicacy” and it gave a quick overview of the various applications of peanuts in different recipes, as well as their uses. But the main ingredient of peanut butter cookies, the peanut butter itself, was yet to be commercially distributed. Mentions of lard-like substance with peanuts as the basis were made years prior to the article, but no one had yet attempted to create such a product, and so it was not publicly available. Instead of peanut butter, nut butter had been used for commercial purposes to create candy. The aforementioned article, however, contained a recipe that is considered to be the precursor to the peanut butter cookies that we now know and enjoy. This recipe, that is, the ingredients used in the recipe, are fairly similar to the latter, full-fledged peanut butter cookies recipes. It is unknown who developed this recipe for the peanut cookies featured in the New England Kitchen Magazine, however, the article does cite two contributors to the popularization of peanuts and their various appliances. The article cited an U.S. Department of Agriculture pamphlet called Farmers Bulletin (number twenty-five) and Miss Juliet Corson. It is doubtful we will ever find out the creator of this prototype recipe, unfortunately. The aforementioned rise in popularity of peanuts led to some concrete actions towards developing the long-discussed possibility of a lard-like peanut substance, or simply put, peanut butter. Popular Science News published an article in the year 1897 which mentioned the peanut butter as a possible shortening for peanut cookies. The article also argued how this new type of butter could even replace butter and animal lard in the most common peanut cookie recipes of that time. It is important to note that, even though peanut butter cookies are an American invention, the first attempt at creating peanut butter was not carried out in the United States. It was carried out farther up north, in Canada, by a man named Marcellus Gilmore Edson of Montreal, Quebec. He invented a new technique of milling roasted peanuts back in 1884, eleven years before the publishing of  “An American Delicacy” which contained the prototype peanut cookies recipe. So why wasn’t peanut butter publicly available? Why was it only mentioned in magazines as a possible substitute for lard and butter?

The reason behind is that Marcellus Gilmore Edson patented and protected his new technique of creating peanut butter, to which he referred to as “flavouring paste” when he sent a request to the United States Patent Office. While this paste-like substance wasn’t publicly available, due to Marcellus patenting his technique, he used it to produce candy made out of the peanut paste.

Ten to thirteen years later, J. H. Kellog and his brother W. K. Kellog managed to create their own process of creating this peanut-based paste. They called it “nut butter” and tried to capitalize on the emerging popularity of their new product. Five years later, a man by the name of Dr. Ambrose Straub of St. Louis, Missouri, would modify the common food grinders for the specific use of grinding peanut, and peanut butter would finally be created. This new peanut-grinding machine was patented three years later by Dr. Ambrose. Not only would it soon become the main ingredient of the beloved peanut butter cookies, but it was also a great ingredient for providing the toothless elderly people with much-needed protein.

Fast forward a thirty years or so and you’ll see that the peanut butter cookie recipe had been in use for a long time and constantly perfected. There were many changes to the prototype recipe found in the New England Kitchen Magazine, and soon, the staple peanut butter recipe would emerge in the year 1947, after the end of World War II. Today, these delicious cookies are still made the same way. With half white granulated sugar and half brown sugar, with equal quantities of peanut butter and shortening, and topped off by pressing a fork on them to form a criss-cross pattern.

This might be the staple recipe for the New England area of the United States, but we can’t say for certain for other parts of the world. There are certain to be variations appearing here and there. We have provided a sample recipe below, but before that, did you know that this versatile cookie can be eaten in a variety of ways? Such as: For a twist of extra peanut butter in the peanut butter cookies, you could substitute the all-purpose flour with low-fat peanut flour. Also, you could add one quarter cup of chopped, roasted peanuts to the dough. This will make the cookies have a deeper peanut taste and chunks of peanut; similar to the chocolate morsels in chocolate chip cookies.

Toppings could be placed atop the dough dollops placed on the baking sheets. The toppings used could include chopped peanuts or bits of chopped chocolate.

In another twist, toppings can be used on the baked cookies. For this, one could use melted caramel blended with some drops of milk to prevent hardening. Or melt chocolate and some butter together and pipe the mixture through to decorate the peanut butter cookies.

On the 12th of June every year, Americans celebrate the National Peanut Butter Cookies Day. The history behind the commemoration of this day is not known, but it sure shows the popularity of this cookie variation in the region.

Among the most common Peanut Butter Cookie Brands are:

Peanut butter cookies are truly a delight. They were created out of necessity, but turned out to be a huge hit, primarily amongst American families. We hope you’ve enjoyed the article and learned something new in the process. We wish you a lot of luck with trying out the recipe we provided and hope you’re successful with it. Enjoy your peanut butter cookies, and until next time, cheers!