April 14th, 2020
by Alfredo Pimper
in Our experts
Share this article! 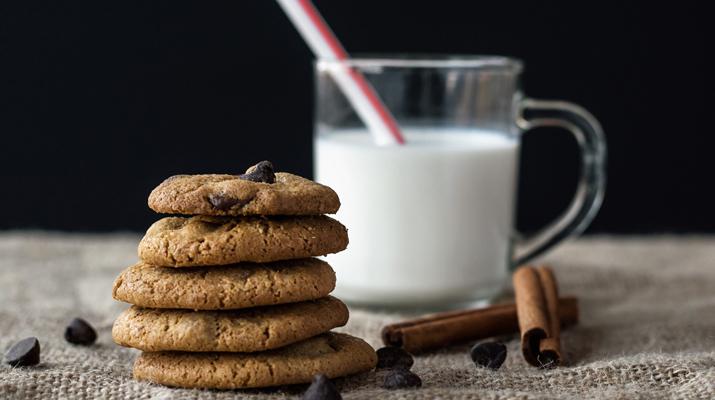 In this article, we are going to talk about milk as one of the most prominent ingredients not just in the biscuit industry, but the food industry as well. We will also focus on milk compounds, such as glucose and lactose.

There have been many discoveries over the past decades in this field, including the synthetization of new, milk-based compounds which contain less sugar and are overall healthier, especially for those people who are lactose-intolerant and suffer from diabetes. This article will largely focus on milk as an ingredient and the different compounds that make it up

Although milk is extremely nutritional and has a lot of healthy benefits, it is primarily intended for children. Some people are born with lactose-intolerance, while most people acquire it as they get older.

Milk is primarily intended for children. This can be seen in nature, as every mammal species stops feeding their young with breast milk after some time.

But milk is not only important because of its health benefits. There are many reasons why milk in general is one of the most important ingredients in today’s world. Milk is what gives our favourite biscuits their texture, their taste and their colouring. Researching and developing milk-derived compounds is a great investment which is sure to pay off over time, as milk is an ingredient present almost everywhere, including many recipes for biscuits, meals and desserts. There are many fine food technicians and experts developing all these new replacements for lactose etc.

Milk has been used in biscuits since forever, but with the improvements in milk technology, the biscuit industry has adapted and changed the type of ingredients used.

At first there was fresh liquid milk, then whole milk powder, then skimmed milk powder, then whey powder and finally lactose. This advancement in milk substances was influenced by the search for lower production prices in the biscuit industry, as well as higher value gain in the milk industry. The Pathway to Higher Value

If you look at the composition of milk, you will instantly discover that the fat, the proteins and lactose are its most valuable compounds. The milk industry separates the fat from the milk in order to create butter and cream. It also produces cheese with the help of whole milk, through which it obtains an ingredient called whey.

In time, the liquid whey was given as food to animals. However, the milk industry soon realized that whey could be dried, making it more stable in the process. The biscuit industry started to use whey shortly after this discovery.

After that, the milk industry realized that there were plenty of valuable proteins besides lactose inside whey; thus, they started separating the proteins through the process called “dialysis”. After the process, only lactose remained, and biscuit producers immediately started using it. The main use of milk ingredients and lactose, besides nutritive benefits, is to give biscuits their colour. Dry powders derived from milk are almost always used to give colour to biscuits, but of course, there are other uses for the rest of ingredients as well. One can use butter instead of palm oil to produce a higher-priced biscuit and you can use cheese in all its forms to obtain good salted crackers. These reactions are the reason why milk products are used for:

Nutrition: Use of The Claim "With Milk"

Milk equivalent coefficient of conversion from powders to liquid milk

Use of Milk in Biscuits

The basic use for milk, cheese and butter is to flavour our biscuits. However, the flavour can vary due to two reasons: how the cows which produced the milk were fed and the season during which the milk was extracted. Besides milk, many brands also use butter in their biscuits. What is important when it comes to butter is that, due to the previous two reasons, its melting curve can be affected. In some cases, fat bloom can occur on biscuits which use butter fat in their recipes.

The differences in flavour can be averted by using a proper mix of butter fats and cheeses. Through this method, biscuit brands and companies can achieve a “uniform” taste with all of their products.

There are many people who are lactose-intolerant, and this applies to other dairy products as well, including cheese and butter. As such, international laws and regulations require that biscuit companies label their products with proper ingredients lists and nutritional values.

Certain regulations also require that a minimum percentage of dairy products is used in the biscuits’ recipes for them to be properly labelled as containing butter or other ingredients. For example, in the European Union, butter biscuits must contain at least 7% of butter, while milk biscuits must contain 2.4% of milk.

Not all dairy products can be used for baking biscuits. Butter and cheese can only be used in doughs, due to their moisture contents. However, dried milk, cheese and whey powders are excellent ingredients for making the cream in biscuit sandwiches. One just needs to find a proper mix of these different ingredients.

The attractive glossy colour of biscuits is achieved with a combination of reconstituted milk and some eggs. This substance is often used as surface wash for pieces of dough. Another great colouring is glucose or lactose.

Another great mention is the calcium salt of casein, caseinate, which is used as a valuable protein supplement for high protein. Yoghurt, while there are certainly yoghurt biscuits, is much less prevalent in biscuits than milk, due to its mild and delicate flavour.

Source: Manley’s The Biscuit Doctor – Use of milk in biscuits