November 3rd, 2021
by Christos Sevastos of Sevastos Bakery & Food
in Our experts
Share this article! 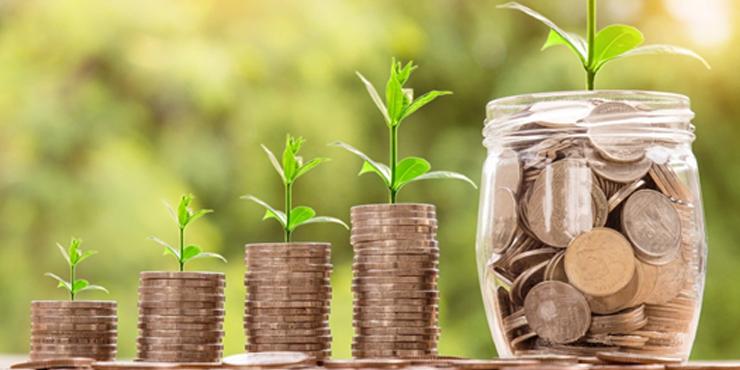 Financial Analysis should be made, based on the residual value of the current equipment, as well as the benefits that the investment upon a new line would be gained by the Enterprise.

It has been a constant challenge among business owners, the definition of the proper timing within which either a transition from an existing line should be made, towards either a new one or integration of their existing production line.

Hence which would be the proper decision-making tools based on which an Investment is needed to be done? How would it be possible to decide if an investment upon a new line or integrating the existing would be the case? In order for the Enterprise to be able to make an appropriate decision making the following topics should be considered:

The major aspect which is needed to be considered upon an investment upon a new line or an Integration of the existing one would be a core investment analysis based on which the following financial indicators would be defined, based on a long term feasibility study having a five-year business plan under consideration: In order to be able to define with high accuracy the NPV which is defining the overall anticipated magnitude of the Investment in current values, the discount rate I should be determined in high accuracy.

The discount rate which is defined would be based on the following determination techniques:

Selecting the proper discount rate based on which NPV is calculated, in order to adjust the risk of an Investment, is often difficult to be done in practice.

For example if an Investment of 100,000 € is examined to be made within a five years business plan, based on annual cash flows of 10,000 €, having a discount rate of 10 % the NPV is calculated as per the following table: Therefore NPV = -62092.95 € which means that as the annual cash flows are discounted in present values, the Project would result in a net loss, equal to the NPV which is calculated. Therefore having a negative NPV would mean that the Investment is not profitable.

There are some over simplified assumptions that have been made upon such an example of the risk of an Investment plan:

The most important issue with the NPV value, is that it does not necessarily indicates the gain or loss arising by the Project Execution, showing only the dynamic of an Investment, where the Internal Rate of Return (IRR) should be encountered,

The determination of the NPV would be giving us the overall value that the investment is adding to the firm.

Appropriately risked Projects having a positive NPV could be accepted. The latter does not necessarily mean that the Project should be executed, since NPV having a discount rate at the cost of capital, may not account for an opportunity compared to other available investments. A positive NPV means that the Project earnings generated by a Project investment at present values exceed the anticipated costs. Hence the only investments which should be considered for an execution would be those with positive NPV and among similar Projects the one with the greater NPV should be selected.

The Image shown below is showing a diagram in which the NPV Value is outlined related to overall costs, breakeven phase - payback of the investment as well as the overall results in the closure phase: In terms of an Investment among a new production line against an integration of the existing one, it would be well comprehended that the maximization of the NPV at a given discount rate would be based upon the magnitude of the overall investment needs, taking into account the consideration of the primary steps which have been outlined.

1.2.3 Usage of Internal Rate of Return in decision making

Another method of determining the suitability of an Investment plan apart from the NPV, would be the Internal Rate of Return (IRR). The usage of the specific financial indicator is occurring in order to determine more accurately which investment is more efficient, among several Investment plans with similar NPV values.

The IRR is a measure of the investment’s expected future return. The term internal is used because all external factors such as inflation rate, cost of capital and other financial risks are excluded. It is also called the discounted cash flow of return (DCFROR),

The IRR of a Project would be the rate of return that sets the net present value of all cash flows (positive and negative) equal to zero. Equivalently it would be the discount rate in which the future cash flows are equal to the initial investment. Hence in order to define which Investment should be selected among a new production line against the integration of the existing one, then the bigger the IRR defining the maximization of the return rate, would mean that the more effective the specific investment plan would be.

The appropriate minimum rate from which IRR should be bigger in order to define the profitability of an Investment, would be the cost of capital because such an investment plan with higher IRR, than the cost of capital, would have a positive NPV value. An example of cash flows and the calculation of the IRR is given below: By solving the equation shown above the IRR hence r would be equal to 5,96 %

It should be noted that whenever the objective of an Investment plan would be to maximize the value of the Investment, hence having the maximum NPV, then a Project with higher NPV (Investing on a new Line) having a lower IRR, may be preferred upon a Project with lower NPV (Integration of an existing line), having a higher IRR.

In the following Image comparing two Projects with different NPV and IRR values, it is illustrated what kind of criteria are applied, in the estimation of which Project would be more profitable: In conclusion if an owner of a biscuit line would like to define if he should sell his biscuit line investing on a new one, rather than integrating his existing processing line, basically he should be able to choose upon a larger investment anticipating a high NPV value and lower IRR, in comparison to an investment with lower NPV and higher IRR.

The answer upon the latter comes from estimating which would be the best scenario in terms of the funds needed in the start up of the investment plan, assuring that strongly positive annual cash flows based on production cost reductions, would be the case. In contrast to the other scenario of integrating an existing line, where the needed funds would be far less, hence more desirable, having a lower added value in his business though with higher return rates.

The answer to the specific question is coming along by giving the relevant answers to the primary steps which have been outlined in the beginning of the article, by having inputs by a Biscuit Expert.

1.2.4 Usage of Modified Internal rate of Return in decision making

Transiting to the next stage of selection of the most suitable investment plan, the Modified Internal Rate of Return (MIRR) should be also used, aiming to resolve issues arising from the usage of IRR.

The issues with the usage of IRR are outlined below:

The MIRR is given by the following formula: The MIRR assuming that the Finance rate would be 10 % and the Reinvestment rate 12 % would be: The main outcome would be that among two Investment Plans (investing on new production line against integration of an existing one), for biscuit manufacturers, a Financial Analysis should be made, based on the residual value of the current equipment, as well as the benefits that the investment upon a new line would be gained by the Enterprise. Such benefits ought to be quantified in detail by biscuit experts in terms of waste reduction, increase of productivity and reduction of downtimes, as well as production cost reduction by using certain degree of automation as well as energy efficiency.

As explained among two Investment plans having positive but different NPVs, the one with the bigger IRR value would be more beneficial to start up with, based on the cost of capital needed for sourcing the funds needed for an investment with higher values.

In conclusion an Assessment analysis should be made, quantifying the benefits of each option based on the new technology and system integration which should be made, selecting among the two Investment plans the one which would be either granting a business expansion, or a larger rate of return of the investment.