Definition of Air Ventilation Rates in Areas With Tunnel Ovens

May 24th, 2021
by Christos Sevastos of Sevastos Bakery & Food
in Our experts
Share this article! 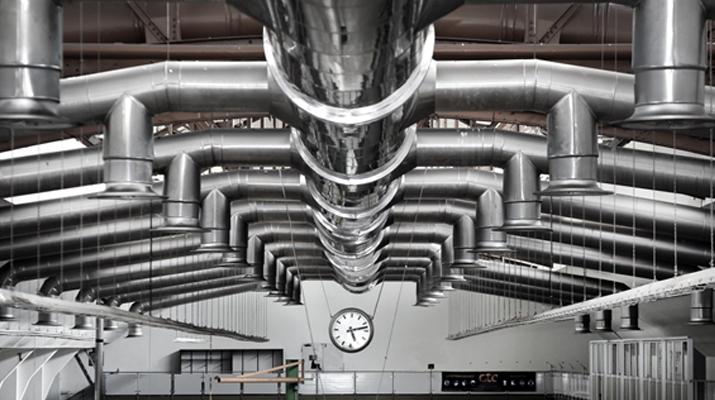 The definition of the dominating conditions in terms of temperature and Relative humidity in areas where Tunnel Ovens are positioned, had been and it would be a technical issue where controversial views are expressed. It is rather easily foreseen which are the optimal conditions in areas of Dough Mixing and Make up as well as in areas of product cooling and final packaging.

Differentiation of areas dividing Dough Mixing as well as forming from the area of the Ovens is often leading to the temperature and humidity control which is necessary in those areas. The following Table is showing the necessary divisions among different processing areas from the area where Tunnel Ovens are to be installed:

The definition and the differentiation of the areas according to the segments which are shown in Table 1 is attributed by the following rules:

1. Maintenance of comfortable working environment for the personnel,

3. Costs of Coverage of cooling requirements in the area of the Tunnel Oven and

4. Fulfilling general guidelines in Tunnel Oven rooms, as per the norms issued by the Occupational Safety and Health Administration (OSHA), as well as the governance rules defined by ASHRAE in terms of the Oven or Furnace rooms.

What should be generally kept under consideration would be the following guidelines:

1.The areas in which Tunnel Ovens are placed should exploit a maximization of natural ventilation, providing sufficient air supply to the personnel,

2.Sufficient allowance of space above and from all sides should be kept for maintenance and inspection,

3.Temperatures of combustible floors, ceilings and walls should be below 71 C, having sprinkler heads on top,

4. All unrelated combustible materials shall be placed at a fire safe distance not less than 760 mm (2,5 ft),

5. The location of the Oven should be decided taking into account non exposure of groups of personnel to possible injuries.

When a Ventilation system is under design in a Tunnel Oven area, the following criteria should be encountered:

1. Air Changes per hour: It is the ratio of Ventilation rates to Room’s volume. The latter is providing the figure related to the exchange of the internal air with external air. Oven rooms are determined by a general guideline of Air Changes per hour without considering the amount of heat sources in the room.

The required ventilation in heated environments depends on the amount of the internal heat which is needed to be removed from the room,

2. Oven Room design: Normally the Oven area is located between the Forming section and the cooling / packaging section. If an operator is needed to work in an Oven room hen spot cooling should be provided,

3. Make Up Air: Sufficient make up air ought to be provided replacing air removed from the exhaust systems. In case that replacement air is insufficient, then there would be a negative pressure built up related to atmospheric conditions, which is allowing infiltration of air throughout potential openings. The latter is causing backdrafts in combustion vents, creating health hazards.

1. Natural Ventilation: It is based on natural air exchange having windows at low levels as well as a series of unpowered turbine fans on the Roof,

2. Negative pressure Ventilation: Existence of powered exhaust fans without make up forced fans. The side effect would be the creation of negative pressure within the Oven Room. The burners would be operating inefficiently owing to the operation of the combustion burners.

3. Positive Pressure Ventilation system: Make Up Air is forced into the room at specific spots where air is needed for cooling purposes. Air is forced down to the low levels with heat rising to the ceiling. Unpowered turbines in the roof allow the heated air to leave from the plant. Those positive pressure Oven rooms are considered to be better designs,

4. Balanced Pressure Ventilation System: The best principle would be the compensation of air consumed in the combustion of the Ovens, with make up air distributed in the room directed downwards to the floor. Exhaust Fans located in the roof would be extracting the hot air which is risen in the ceiling. The main principle would be that the make up air quantity should be slightly exceeding the exhaust quantity. This balanced ventilation air system would be the best design maintaining Oven Room conditions having a few degrees of outside temperature. In case that Burner Combustion air is drawn directly from outside, then  Qb is zero since no additional air would be added to the room by the Make Up Air System.

Therefore qtotal which is the Total heat load would be:
qtotal = qinternal + qexternal
qinternal = sum of all internal heat loads from the Oven, lighting and other equipment
qexternal = Solar, Roof and Walls Transmission Heat Loads

Internal heat loads would be mainly consisted of Ovens’ heat loads. Based on well documented studies, Ovens are typically operating between 35 – 45 % of their rated burner capacities. 25 % of the Total rated burner capacity departs the room through the Oven exhaust and approximately 25 % is needed to convert water to steam. The rest of the heat remains in the room raising the temperature of the product, the oven belt as well as the internal room environment. So the estimated Oven Heat load is:

Another method to estimate the heat gain towards the room would be based on typical heat values per unit of weight depending on the produced products:

For example in case of a Cracker  Production line producing 800 kgr /h of finished product, the required heat is shown below:

Qb (Combustion Air Requirements): For natural Gas burners at a Stoichiometric combustion process, the minimum air required for complete combustion is at least 10 times the fuel burned by the Oven.

The Nominal value for the Energy of the Natural Gas is 10,86 kWhr / m3. Hence since Ovens are typically burning 50 % of their total fuel capacity during a steady state operation, then:

Qrx Room Exhaust Air: The exhaust air is drawn out of the room by each Ventilating exhaust fans, which are needed to be well distributed throughout the Oven Room to avoid heat build up:
Room Exhaust Volumetric Rate: Sum of operating capacity of each Exhaust Fan (m3 /s) In conclusion the factors which should be determined in order to promote balanced heat removal from an area with Ovens are the following:

The following table can be used as a guideline for sizing the Oven Room’s make up air:

The higher the temperature gradient between inside and outside the Oven’s room, the lower the Ventilation Rates hence the Volumetric Air supply as indicated in the Equation with which Qv is calculated.

In order to be able to proceed on the calculations which are mentioned, an input from an Expert would be required in terms of calculating the proper Air Exchange Rates, as well as the proper areas where Ovens should be placed, as well as the Ventilation rates which ought to be followed.