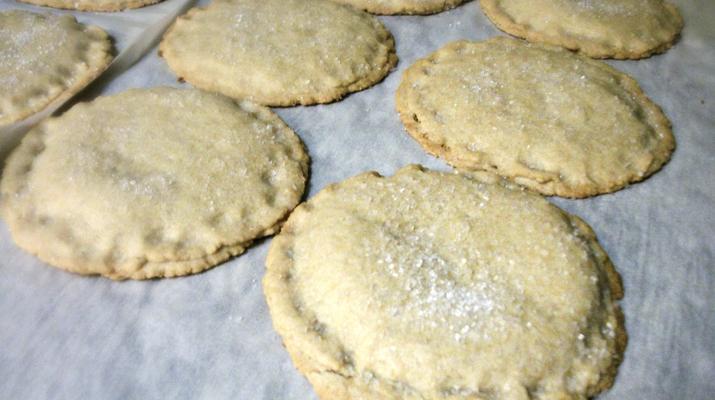 We all love to eat, right? And we all love cookies, don’t we? You wouldn’t be reading this article otherwise. But what makes certain dishes or desserts or cookies so special? Is there an objective way to grade certain dishes? While there are many cooking shows that try to do so in a competitive environment, our humble opinion is that it all comes down to personal taste.

Sometimes, the plain-looking food can leave a larger impression on us than meals that are filled to the brim with decorations, different ingredients for biscuit, vibrant colours and side dishes. But what is the reason for this? Well, besides being tasty, such traditional dishes are also comfort food. In today’s hectic world, it can sometimes be a challenge to relax. Most of us come home tired after an eight-hour shift, and we don’t have the will or the energy to make a proper dinner. So, we either order fast food, which is convenient but sometimes unhealthy, or we go to the fridge to look for a quick snack.

Biscuits and cookies make for great “quick snacks” as they’re not hard to make, can last for a long time and can be combined with other types of food. The Mexican Coyotas are one such biscuit. They’re plain, traditional, easy to make, but so delicious. Their recipes has been adapted over the many years since its inception, and what came about as a necessity food turned out to be one of the most beloved cookies amongst the Mexican people, and their neighbours to the north, the Americans. Today, we’ll be talking about these traditional Mexican cookies. We will talk about their history, their origin, the etymology behind their name, the ingredients used in the preparation of the cookies, well-known producers and interesting trivia. We will finish of the article with a sample recipe you can try out. Let’s begin with some basic information about the Coyota cookies. Coyotas are large and flat sugar cookies that are traditionally filled with brown sugar. These cookies originated in El Fuerte in Sinaloa, Mexico in the 19th century.

The version that is most commonly available today has originally been produced since 1954, based on the recipe popularized by the Villa de Seris in Hermosillo, Sonora, in Mexico.

These flaky treats are also served in Mexican restaurants as great side dishes for Carne Asada dinners. Coyotas have now evolved from just a hearty snack into a dessert treat, due to the different variations that have been created. Coyotas are now stuffed with fruity fillings like pineapple, apples, quince paste and dates. Coyotas are big cookies that are sometimes shaped like turnovers, and sometimes compared to empanadas.

The term Coyota means a Mestiza, or “daughter of Indigne” (a girl of mixed Spanish and Indian heritage), and in Spanish it means dark-skinned, sweet and full of grace. In literal terms, however, coyote means a female coyote.

Coyotas originate from Mexico. Coyotas are now enjoyed all over the world, however. In the UK, these modern-day empanadas have been enjoyed since 1862. In the United States, these treats are available in Tucson bakeries and in almost all Mexican supermarkets.

These treats can be found in almost every Mexican store around the world. They are eaten as desserts, and most Mexican and Spanish restaurants serve them as well. The Coyotas are great regional treats; they are very good because of their versatility. Coyotas are good with coffee for breakfast, and they are also great with savoury spicy dishes like Chorizo burritos, Carne Asada and Machada. As desserts, they are perfect with tea or coffee or topped with ice cream. As snacks, Coyotas are perfect for dipping in a glass of milk. A batch of Coyotas yields biscuits that are larger and flatter than other types of sugar cookies. These are traditionally flavoured with brown sugar instead of granulated white sugar.

The most basic ingredients of Coyotas are all-purpose flour, water, salt and shortening. The traditional recipe requires the use of panela, a Mexican brown sugar made of molasses, that is cooked until crystallized. Coyotas recipes also require using leaf lard, but other bakers like substituting it with margarine or vegetable shortening. Mixing lard results in rich-textured sugar cookies. In the preparation process, once the dry ingredients are blended together, shortenings are slowly kneaded into the mixture until the dough reaches the necessary consistency. Water is added to prevent the dough from turning too thick.

Before baking the Coyotas dough, each dough ball is filled with crushed panels (a small handful amount). While the cookies are baking in the oven, the brown sugar concoction will start to liquefy to give the cookies their distinct flavour. Baking the cookies at 375°F (190°C) usually takes about 15 minutes.

Different variations of the Coyotas are now enjoyed in different parts of the world. Coyotas are now available with different fillings, aside from the original piloncillo or brown sugar filling. Other flavours include: jamoncillo (burnt milk caramel filling), cajeta (caramel filling), datil (dates), guyaba (guava), higo (figs), durazna (peaches), piña (pineapple), and membrillo (quince). Some people are fond of comparing Coyotas and Empanadas. Though there are places and people that call Coyotas the “modern Empanadas”, there are distinctive differences between the two. Though both are stuffed pastries and turnover-like in appearance and made of flour, the Coyotas are bigger, flakier, flatter and definitely harder.

One of the most well-known makers of Coyotas is the La Estrella, a popular bakery in Tucson managed by Erica Franco. This bakery produces Coyotas in the shape of Napoleon’s hat, with a fancy ruffled crimped crust. According to Erica, the recipe for their Coyotas is well-balanced, and the result has a texture that balances between an Empanada and a hard cookie.

Dolce Pastello, also in Tucson, serves Coyotas with different fillings, like dates and caramel. These Coyotas are made Hermosillo-style and are named Dona Ofi, after the mother of the owner of the bakery/restaurant. Coyotas Lulu (Obregon, Sonora, Mexico) is another commercial producer of the famous Mexican Coyotas. Although the Coyotas produced by this company come from the original Sonoran recipe, they are more delicious due to the homemade touch that is very distinguishable throughout the country. What makes this company really popular is their mission to provide their customers with high quality products. All ingredients are carefully selected and then processed under very strict quality standards. Coyotas from this company are distributed all over Mexico and also in Mesa, Arizona.

Even unbaked, Coyotas are great for consumption. The batter is just so enticingly delicious-looking, that some bakers try to taste them before popping them into the oven. The most famous Coyotas recipe is the Coyotas De Dona Maria Villa De Seris Recipe, the original recipe from Sonora, Mexico.

Children love eating Coyotas dipped in either hot chocolate or whipped cream. In Mexico, Coyotas are often exchanged between friends, families and neighbours. Another popular filling used by Mexican restaurants for their Coyotas is Jamoncillo. Jamoncillo is a traditional candy with fudge-like appearance.

We know we’ve written a lot of info here and highly appraised these cookies, but you don’t have to take our word for it! Why not try and bake some of these yourself? You can do so with the sample recipe we have provided below. The instructions are not hard to follow, and you should be able to bake the cookies without much effort. You can combine them with whole sorts of other ingredients, and we suggest going online to check-out some crazy combos. Without further ado, here’s a sample recipe for the Coyota cookies.

These are the ingredients that you will in order to bake the biscuits:

After you have gathered all of the necessary ingredients for the recipe, follow these steps and you will have a batch of Coyotas ready in no time:

And voila! You’ve got yourself an entire batch of delicious Coyotas! Enjoy!

We’d like to end our article by repeating our opening statement. Almost everything is subjective and the reasons that make or break a meal come down to personal taste. You might not like traditional meals, and that is okay. We have provided a sample recipe you can try out and make for yourself and your friends or family. There’s a reason why so many people like these simple cookies, and we hope you will find out as well. If not, well… we have a huge number of articles on other biscuits and cookies that might be more to your liking. Why not check them out? You might find out something new. As for the Coyotas, they’re going to remain a staple biscuit of the Mexican cuisine. Their simplicity and great taste is what draws so many people to try them out. We hope you’ve enjoyed the article and the info and found it entertaining. As always, cheers until next time!