September 1st, 2021
by Martin Ruck of Maxtone Ruck Limited
in Our experts
Share this article! 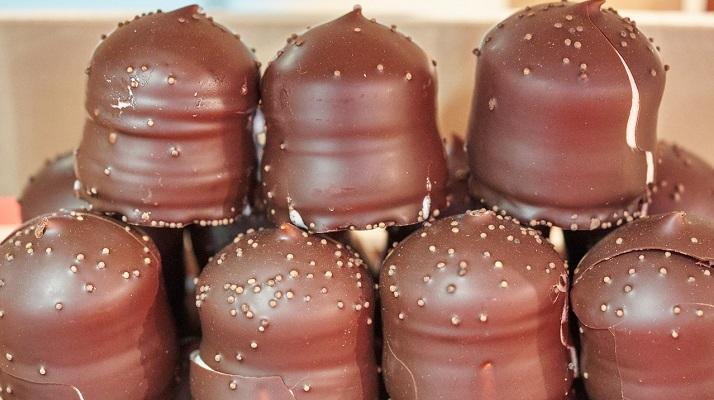 Marshmallow - Sweet Treat was originally used in France as a medicine called Pate de Guimauve, previously in had been used by the Romans & Greeks as both a laxative & for healing wounds

Aeration is the defined as “The process by which air is passed through, mixed with or dissolved in a liquid or substance.”
This entrapment has now been extended to include not just Air but other gases (Carbon Dioxide, Nitrogen etc).
The primary reasons why we aerate products are:
(a) To lighten the texture & increase the volume of a product (e.g. Aerated Chocolate)
(b) To create stability within a product (e.g. Marshmallow)
(c) To create a chewiness within the product (e.g. Confectionery)

It can be achieved by:
(a) Chemically – the breakdown of chemicals in a dough during baking releases gases that are entrapped in the marshmallow biscuit to give a lighter texture
(b) Mechanically – the forced introduction of a gas which is then mixed in mechanically using a Pressure Whisk / Continuous Mixing Head

Marshmallow was originally used in France as a medicine called Pate de Guimauve, previously in had been used by the Romans & Greeks as both a laxative & for healing wounds. However, its name is derived from the fact it was originally produced using the syrups from the roots of the Marshmallow Plant, Althaea Officinalis that were then beaten up with Sugar & Eggs.
It is considered to be a confectionery because of the relatively high sugar content (circa 75%). For marshmallow biscuits, it is generally a sugar syrup which is then aerated to create a stable foam. It can be a mixture of Sugar, Glucose Syrup and or Invert Syrup, a Stabiliser (Gelatine / Egg Albumin/Agar Agar), Colours & Flavours. Other stabilising / whipping agents such as Pectin, Agar & Starch are also used within the wider confectionery world

(a) Sugar
Its main function is to provide sweetness within the marshmallow & to ensure the overall finished solids are high enough. Sugar is normally dissolved with the Syrup & Water in the cooking stage. If too much sugar is added to the recipe then the finished product can be “grainy “as the sugar crystallises out of solution. The balance of Sugar & Syrup is sometimes referred to the “doctor solids” & affects the overall finished texture

(b) Syrup
This is a very important ingredient & provides the liquid medium in which the “foam” is created. Traditionally confectioners use a 40 DE Glucose but within marshmallow biscuits, it is generally 63 DE due to cost & increased sweetness isn’t any issue. The type of glucose & particularly the level of Invert Sugar within the syrup has a strong bearing on the finished texture of the product. The higher the invert the softer the mallow will be, however, cost & shelf life is normally prohibitive

1.Gelatine
This comes in two types – Bovine (original Cow hide & bones) & Suilline (Pigskin). Bovine is more plentiful & hence cheaper, but it doesn’t have the same capacity to hold air as well as Suilline. Suilline thus gives higher whipping characteristics but with added costs. The strength of the gel is normally measured on a scale whose units are called Bloom, they normally range from 50 Bloom which is used as a fixative on camera films to 360 bloom which is use in the pharmaceutical / confectionery industries.
The bloom strength is also affected by prolonged exposure to temperature when in solution – Gelatine is primarily protein & these are denatured.
pH can also affect the bloom strength over time, the lower the pH the quicker the decline in bloom strength

2. Egg Albumen
This is another material that can be used as a stabiliser in marshmallow biscuits, the proteins within the Albumen form a stabilised net when they are exposed to either pH (Acid) or heat. The main reasons that Albumen aren’t used are due to micro issues & cost. Albumen gives a much lighter, fluffier texture but has a gives a shorter shelf life product when compared to Gelatine – it is not uncommon to find mixtures of both Gelatine & Egg Albumen within the same Marshmallow

(d) Water
The water is normally added to dissolve any sugar during the cooking process or to dissolve the stabiliser before mixing with the sugar / syrup solution.

(e) Flavours
These are normally added to the premix prior to aeration, care should be take that these aren’t oil or alcohol based as this interferes with the foam & will cause the foam to destabilise & collapse

(f) Colours
These are folded into the Marshmallow post aeration to give a more appealing appearance. These are normally water-based liquids and natural given the potentially a young consumer

(a)    Gelatine Premixing
Gelatine is added slowly to the warm / hot water using a vigorous mixing technique, a vortex mixer is commonly used so the Gelatine is pulled down into the body of the water to hydrate & dissolve. If the mixing action isn’t sufficiently, the powder agglomerates on the surface & dry “balls” of gelatine are created & the quantity within the mallow is reduced

(b) Glucose / Gelatine Premixing
The Gelatine solution is then mixed with the liquid Glucose to create a homogenous premix. The premix is then cooled, this is normally done so the cooled premix has a great viscosity which helps the subsequent aeration. (c) Continuous Aeration
The premix is then pumped continuously into the mixing head, just prior to entering compressed “clean” air & flavour are injected into the premix flow, The Mixing Head is made up of a rotor (a shaft containing pins) & a stator which also have pins which are interspersed with those of the rotor. The rotor spins at a high speed – this creates the mixing action to form a foam between the premix & the air. The mixing head has cooling jackets to prevent too much frictional heat building up.
To optimise the aeration process, a mixing head pressure regulator is mounted just after the mixing head this is used to create a constant back pressure, this in turn controls the bubble structure of the marshmallow foam.

(d) Product Colouring post Aeration
Once the foam is aerated then if required either all or part of the foam can be coloured. This is done by injecting colour into the marshmallow, both are mixed together using fixed metal plates that have been shaped to maximise the mixing effect – these are called Static Inline Mixers. Once the marshmallow has been coloured it is then pumped into a depositor for the next stage in the manufacturing process

(a)    Gelatine Premixing
As previously done in the NON-COOKED version

(b) Glucose / Sugar / Water Premixing
Glucose is then added to Premixing tank, Water is then added & the two are mixed, Sugar is then weighed into the Premixer & the Sugar Syrup are mixed at high speed, once complete they are then transferred to the Cooker

(c) Sugar Syrup Cooking
The Cooker has a steam jacket around the outside, the Sugar Syrup solution is stirred continuously & the required amount of Gelatine solution is then mixed in to create a homogenous premix. The solution is heated up to a determined temperature & time to dissolve all the sugar into solution & cook off some of the moisture to achieve the desired solids (Brix) for the next stage, once cooked the solution is transferred for cooling (d) Cooling
The transferred Gelatine / Sugar Syrup solution is then cooled in scrape surface heat exchangers, so the cooler premix has a great viscosity which helps the aeration.

The Cooked version allows:
(a)  Greater control of the overall solids, it is not reliant on the ingredient solids
(b) The Sugar Syrup solution is heated sufficiently to kill any microbes that could be present
(c) The doctor solids can be better controlled & adjusted between products

Placement of Marshmallow onto Biscuits

The aerated marshmallow is then pumped to the depositor where it is then applied onto the biscuit using a manifold with nozzles that line up the number of rows of base biscuits that are being presented under the manifold. The base biscuits can either be fed directly in line from an oven or hand fed as a secondary process.
The design of the nozzle, the movement of the manifold & the depositing open & closing times all help to define the shape of the Marshmallow deposit
The deposit can encapsulate another mass such as a jam, sandwiched, sprinkled on or enrobed in Chocolate or Coatings to increase the visual appearance & flavour profile marshmallow biscuits.