October 7th, 2020
by Mrs Beyhan Ozenli of Bakery Technical Consultancy
in Our experts
Share this article! 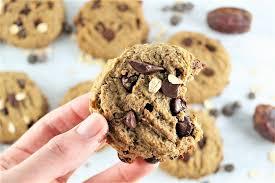 Bakery industry is one of the largest food industries all over the world. Biscuits and cookies are most popular bakery products because of their convenience, ready-to-eat nature and long shelf life.

Bakery products are made from different types of flours and those made using composite flour have many fold advantages and they are looked upon as carriers of nutrition. Increasing urbanization is a leading cause of changing the food habits of populations and preferences are often given to convenient foods like cookies, breads, biscuits and other baked products (Oyewole et al., 1996).

Bakery products are becoming increasingly popular worldwide due to their unique taste and easy availability at a reasonable cost. For example, cookies have become the most popular and versatile snack foods and is widely being consumed to satisfy the occasional ‘pangs’ of hunger and are considered an integral part of the diet. Additionally, consumers have been looking for food ingredients that are more natural and healthy. Cookies are consumed extensively all over the world as a snack food and on a large scale in developing countries where protein and caloric malnutrition are prevalent (Chinma and Gernah, 2007).

The demand of bakery products is increasing at high rate globally. India is a developing country with the large segment of the population depending on wheat as staple foods and the 25% of the wheat is used for the preparation of the baked food (Kamaljit et al., 2010). Soft wheat is the grain of choice for making cookies. However, production of good quality soft wheat is very limited and unevenly distributed globally. Moreover, refined wheat flour is low in protein and is deficient in essential amino acids such as lysine and certain other useful food components like dietary fiber (Baljeet et al., 2014).

Therefore, compositing wheat flour with the locally available grains other than wheat and root crops has been reported to be desirable (Oyarekua and Adeyeye, 2009). Most of bakery products are used as a source for incorporation of different nutritionally rich ingredients for their diversification (Hooda and Jood, 2005;Sudha et al., 2007). Soybean (Glycine max) a species of legumes widely grown for its edible bean which contain a significant amount of protein, phytic acid, alpha-linoleic acid and the isoflavone(genistein and daidzein). Soybean contains about 48-50% proteins and these are unique among plant proteins by virtue of their relatively high biological value and presence of essential amino acid lysine, which is found in limited amounts in most of the cereals (Riaz, 1999;Ahluwalia and Kaur, 2001). This approach not only promotes development of diversified and nutrient rich bakery products but also reduces over exploitation and excessive use of wheat for making bakery products. Thus, the objective of this study was to incorporate Soybean Flour (SF) and Pea Flour (PF) in to Wheat Flour (WF) to develop protein and dietary fiber enriched cookies and assess their quality characteristics.

Cookies refer to a baked product generally containing three major ingredients flour, sugar and fat; these are mixed with other minor ingredients to form dough. Due to its appreciated rheological characteristics, wheat is principally used in bakery products. Wheat flour is the basic structural component of most batter and dough products. It is able to perform these textural functions because of gluten content, which allows expansion of air cells and provide rigidity after baking.

However, wheat protein is deficient in some indispensable essential amino acids and it has lower protein in comparison with oilseeds and pulses (Kulkarni et al.2013 and Murugkar 2014) Composite flour technology for wheat supplementation with protein rich materials like oilseeds and pulses can become an approach to overcome the malnutrition. The annual growth of bakery industry is about 10% and the demand of bakery products are increasing among all sections of people.

Cookies are having wider consumption base, relatively long shelf-life, more convenience and good palatability which make itattractive for protein fortification and other nutritional improvements. Cookies are predominantly based on refined wheat flour (RWF) and the blending of RWF with oilseed sand pulses such as soybean, moth bean and chickpea can upgrade the nutritional quality. Soybean is one of the most important oil and protein crops of the world. Soybeans contain 30to 45% protein with a good source of all indispensable amino acids. Defatted soy flour (DSF)is a cheaper, convenient, conventional and richest source of protein for the fast expanding population worldwide. Soy proteins are unique among plant proteins by virtue of their relatively high biological value and presence of essential amino acid lysine which is a limiting amino acid in most of the cereals. (Kulthe et al. 2011; Sreeram et al. 2010)

Mothbean has been identified as one of the potential protein food source. It is rich in protein, calcium and it can make an excellent supplement to cereal diet as illustrated by Ismail et al.2003

High moisture content has been associated with the short shelf life of the baked products, as they encourage microbial infiltration that lead to the spoilage (Ezeama, 2007; Akhtar et al., 2008; Elleuch et al., 2011). The ash content was also increased from 1.45-1.78% in the cookies produced from soy and pea flour substitution. Ash is an indication of mineral content of the foods and has been reported in several studies for the high content by supplementation with soy and pea flour. Increase in fat content in fortified cookies could be due to increased proportion of soya flour. This could be due to the fact that soya flour contained higher percentage of fat; Reddy (2004) reported that soy flour contained 20-24% of fat. The significant increase in protein content was due to the addition of soya flour and pea flour in the product because both are rich in proteins. One of the study conducted by Ugwuona (2009) found protein and fat content of biscuits increased with increasing soy fortifications. The incorporation of soya flour and pea flour in the cookies resulted in decrease in the carbohydrate content 51.09% as compared to the control 59.62% because both are rich in fiber. Energy value of these fortified cookies also increased.

Based on these results and observations, it can be concluded that incorporation of different cereal (i.e., wheat flour, soya flour, pea flour) will enrich the nutritional value of the cookies. These types of baked products can go a long way in supplying the required quantities of dietary fiber and protein to various segments of our population and also the consumers demand on the nutritional importance of these fortified sugar free cookies would help enhance the acceptability of the product.

What is the maximum quantity (%) of BRAN we can add in formulating a high fiber biscuit with good volume? What are some other ingredients that can be used to add fiber without affecting the volume of biscuit ?