6 Reasons why Arrowroot is Good for You and Your Diet

May 9th, 2022
by Robert Đujić
in Biscuit types
Share this article! 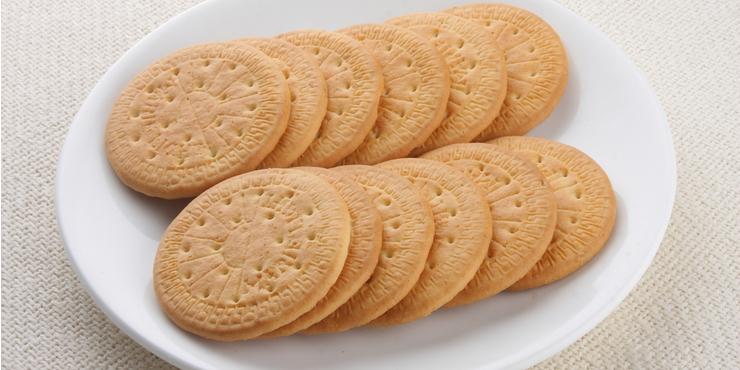 Arrowroot biscuits are well-known snacks, whose main ingredient is the titular arrowroot. The arrowroot is a starch obtained from the rhizomes of several tropical plants and is well-known for its numerous health benefits.

Arrowroot type of biscuit has an extensive history and tradition of use. Over seven thousand years in fact. What makes Arrowroot biscuits such a classic though?

Arrowroot: What is it used for?

That would be its primary ingredient – the Arrowroot. The Arrowroot is a starch extracted from the rootstock of several tropical plants, including but not limited to: Maranta arundinacea, Florida Arrowroot, Zamia integrifolia, Manihot esculenta and others.

Okay, enough science talk. What is it that makes the Arrowroot so significant? Well, one of the applications it had several thousand years ago was to treat soldiers, or tribal warriors to be exact, who were wounded with poison-tipped arrows. Can you imagine that? Even five to seven thousand years ago, this starch had its medicinal use and today we use it to bake biscuits! There are many more arrowroot benefits, however.

It was the native civilizations of South America that used Arrowroot to treat their wounded. To be more specific, etymological research suggests that the name “arrowroot” might be derived from the term “aru-aru” which most closely translates to “meal of meals”, probably referring to the ingredient’s many uses. The term aru-aru comes from the Caribbean Arawak people, to whom the Arrowroot was a staple ingredient.

I love it when I can combine some of my favourite things, in this case, interesting trivia with the usage of biscuits throughout history. Many of our articles contain interesting trivia and history sections, and we even have articles that act as collections of all the snacks we have researched, divided into biscuits and cookies, respectively.

We have placed every article we have written for the different biscuit and cookie types in these collections, with a short description of each, so why not give them a read? Besides that, you can also subscribe to our newsletter! We send out our articles in batches, so you do not have to worry that your inbox will be cluttered with lots of unopened emails.

Each and every one of our articles is made with love and care, and we put a lot of effort into making them. Two such articles are about the McVitie’s and Britannia Industries brands, which “coincidentally” (wink wink) produce and distribute their own versions of thin arrowroot biscuits, so if you are not a cooking afficionado, it might be worth checking these brands out. Arrowroot vs. cornstarch vs. tapioca: Which is the best for You? (With a little bit of history)

Arrowroot has a long history of being used for many different applications, but in recent years, however, it has mostly been used as a healthier alternative to corn starch; it is most recognizable in its powdered form. When it comes to food, its applications are becoming more prominent in baking with every passing day.

A bit of trivia before we start. Arrowroot earned its name because the Aruac Indians of South America used it to create a sort of an antidote for poison-tipped arrows. Other theory is that its name is a misspelling of the name given to the root used extensively by the Aruac people - the “Aru-root.”

Arrowroot has been around for thousands of years, seven thousand years to be more specific. It is gluten free and an invaluable ingredient in gluten free baked products, infant foods and as a gluten free thickening agent in sauces. However, one must ensure that he/she checks the packaging. You can never be too cautious when it comes to personal health.

Commercially sold arrowroot biscuits may have wheat flour added to it, thus making it a gluten laden product. Arrowroot is very low in calories, a hundred fresh roots provide only 65 calories, less than that of one single potato.

The health benefits come from the fact that Arrowroot is rich in several B vitamins, including thiamine, niacin, pyridoxine and in minerals including iron. It can be used in biscuits and crackers as a substitute for part of the flour, and you can find “arrowroot biscuits” in stores that are often marketed as being able to sooth the stomach. Even its manufacturing is more natural than that of corn-starch.

When it comes to cornstarch, arrowroot flour is a great and healthy substitute. Arrowroot flour acts similarly to cornstach, however, it contains more dietary fiber. It also contains more calcium, which makes it perfect for young, developing kids. As for tapioca, both it and arrowroot are procured from tropical root vegetables, however, arrowroot is extracted from the herb, while tapioca is obtained from cassava root. However, they are both gluten-free, so if you’re looking for alternatives to gluten, they are both perfectly viable options. The use of arrowroot in baking is not new because the British and the early Americans made biscuits with it long before its current popularity. 19th century biscuit-type health products often contained arrowroot and Graham's flour (whole wheat). They were not generally marketed in fancy shapes.

Flour made from arrowroot starch is the perfect alternative for wheat flour when making baked goods. Its great advantage over cornflour is that it is completely tasteless, and it gives a clear finish.

To some people, arrowroot biscuits seem plain and/or too crispy for their taste, but there is something about them that makes you want another one, and another one. Don’t forget, you can always eat them with butter or jam, which make them moister and sweeter.

What can You use instead of arrowroot?

The answer to this question is not simple. It all depends on how you’re planning to use arrowroot. If you’re only going to use small amounts of arrowroot as a substitute for cornstarch, then yes, arrowroot is perfectly viable for a  keto diet. I know it may seem odd that a vegetable high in carbs and starch can be used in keto diets, but portion sizes are what matters. So if you’d like a gluten-free keto meal, then you can safely use arrowroot starch.

As we have mentioned in the beginning,  here is a sample recipe for arrowroot biscuits which have a smooth, light, sweet taste like digestive biscuits. We used the Food.com version, and the recipe seems easy enough to bake, so anyone can try and baking a batch of these biscuits. You already know about their health benefits, so while you will not be able to treat poison wounds with these (at least we hope you will never have to), you will be able to consume these to feel healthier and have more energy.

As for the sample recipe, the ingredients list goes as follows:

As we have already said, the baking recipe is easy enough to follow. The following directions will enable you to bake one batch of these delicious biscuits.

And that is pretty much it for the sample recipe. Easy enough to follow, isn’t it? If you happen to try your hand at baking these biscuits, why not send us some pictures of your culinary exploits? We could always use more pictures to post in our articles, and what better way to get pictures then from our readers.

Besides all the previous health benefits of arrowroot that I have mentioned in the article, arrowroot can also reduce diarrhoea! There have been several tests made to check the effectiveness of arrowroot with promising results. Arrowroot has had a long-term positive effect on constipation, and it can ease abdominal pain as well. So to summarize, the 6 benefits of using arrowroot are:

And no, Rich Tea biscuits are not the same thing as arrowroot biscuits! Although many people certainly like to compare the two. While it’s true that they have similar taste and benefits, the two biscuits constitute their own types.

That would be it for today’s updated article on the arrowroot biscuits. We hope you have enjoyed the history section, as well as the trivia. Our hope is that you have also come to appreciate the many useful applications of the arrowroot, derived from the term “aru-aru”, which is appropriate as it means “meal of meals”.

If you’re still looking for some additional healthy biscuits, I’d like to recommend Oatmeal Cookies: Tasty and Full of Health Benefits! Oatmeal cookies are a great addition to any diet, and you can discover their benefits in the linked article. Another great type of healthy biscuits are the spicy ginger biscuits, which have a rather interesting history as well!

This article just goes to prove that history and biscuits go hand-in-hand with each other. We also hope that you have had luck with baking your own batch of arrowroot biscuits!