May 24th, 2022
by George W Wright of International Food Processing Consultancy
in Our experts
Share this article! 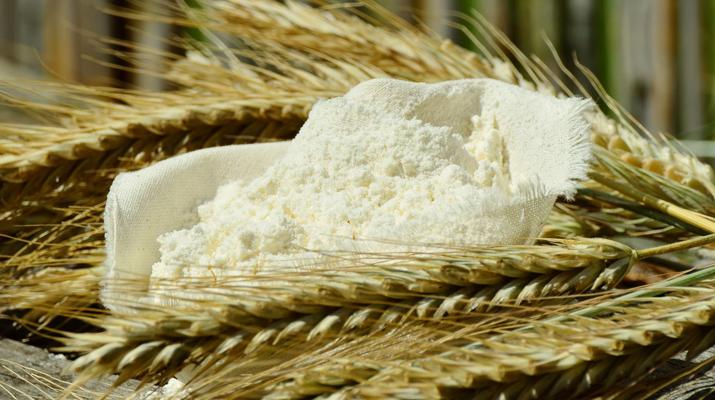 What are wafers made of and how wafer cookies are made?

This is the first of seven installments covering all the facets of flat wafer processing, which discusses details regarding the necessary wafer ingredients.

Flour – it is generally considered that wheat flour from almost any source can be used for basic wafer manufacture although usual preference is for a flour or blend of flours giving a medium strength of 8-10% protein. Wafers produced for very specific purposes or by a particular process may, on the other hand require rigid specifications. In many countries flour produced from local wheat’s is all that is available due to government control, in addition cost of wheat or flour imports etc. may be prohibitive. Weak flours usually give close textured fragile wafers. Strong flours, such as would be used for bread, would give hard flinty wafers. Both types could cause breaking and cracking at the take off and creaming points.

Acceptable flour would also have good water absorption properties (50-54) to provide high yield and a viscous batter. Based on a series of more than 100 different plant trials some years ago, using various wafer recipes, as well as equipment, similar acceptable wafers could be made with flours at extremes. Using very soft weak flours compared with strong bread flours, it was only necessary to adjust water content of the batter to give comparable textural (bite) results for the types of wafers being sought. Adjusting water of course greatly influences the solids content of the batter and consequently the weight of the baked wafer. The higher the water content of the batter (lower solids) the lighter is the sheet weight and vice versa.  The batter should have the ability to flow quickly and evenly across the plate during the receiving period of the open book.

Some factories replace about 5-10% of flour with corn starch. This is in the mistaken belief that it reduces the strength of the flour, in other words the protein or gluten strength. In fact it only reduces the protein quantity or amount but not the quality, i.e. the strength from a gluten forming point of view remains the same. One should not necessarily add starch (which plays its own role in the recipe) but adjust or influence the strength in other ways such as with the use of enzymes.

Some years ago investigations into quality of wafer flours by the then F.M.B.R.A. suggest that flour particle size distribution above all else including protein has the greatest influencing factor on the properties of finished wafer. Flour with small particle size (50-60% 40 microns) was preferred for light tender wafers. Our objective is to produce a suspension of flour in water, avoiding gluten development of any kind so as to give a wafer batter with the required solids to achieve a baked sheet of the correct weight along with an acceptable texture and bite. Starch – it is not uncommon to see recipes where starch in one form or another has been added to “dilute” the strength of the flour. The protein strength in the flour remains the same and therefore is not diluted although the amount or quantity is reduced. In biscuits this has the effect of proportionately increasing the influence of the fat, sugar and other materials on the flour that has not been replaced by starch, whilst still maintaining the overall quantity of dry bulk material. In wafers this isn’t the case as to all intent and purposes the fat and sugar and other wafer ingredients don’t exist or are so slight as to make very little difference to the flour in this context.

If you operate in the wafer industry join our community. Register here!

Given the quantity of water in a wafer batter it readily mixes with the starch, which is gelatinized very early on in the baking (or more correctly in this case, cooking) process. The type of starch used be it maize, potato, rice etc. can contribute to giving some interesting textural and flavor effects. Some of these effects likewise may be undesirable such as weak wafer structure and texture or a cooked/scorched taste or even a popcorn taste as well as others.

Water should ideally be medium to soft. Water, to a point, will give a crisp to tender open textured wafer sheet when increased in a recipe provided that the viscosity of the batter is not significantly reduced. This ties in of course with good water absorption. Over time hard water may well contribute to traces of scale on the plates and result at worst in sticking of the baked sheet to the surface.

Eggs/fat/lecithin are not used for shortness or texture specifically, as one might expect, as in the case of biscuits, but as release agents. Excessive use of lecithin and particularly Soya -based fats should be avoided as these can polymerize on the plates overtime and have the reverse effect to that intended. Egg if used, is most frequently incorporated these days as egg yolk in powdered form, apart from the lecithin it holds it also contains a percentage of protein which would contribute marginally to texture but has the negative effect over time of causing adhesion to the plates, again countering the original objective as a release agent.

Fat is very much used as a release agent; this is achieved as it lubricates the plate, assisting with the distribution of batter across the engraved surface. These days vegetable oils are used for convenience as they are liquid at ambient temperatures, nevertheless, considering shelf life etc. melted fats such as palm or coconut are to be preferred not only for their efficiency on the plates but they do not necessarily cause the skinning or polymerizing problem found with some fats and oils. Lecithin whilst being an emulsifier and antioxidant also acts as a fat extender contributing to plate lubrication and aiding sheet release. Excessive use over time will have the opposite effect and it is a mistake when sticking occurs to increase the level of lecithin, as is often a common practice.

Sugar/milk powder is used for texture and color. It is considered by some that staling is retarded with the use of sugar (this could be debatable) and that crispness in the sheet is maintained to a certain extent as moisture rises during conditioning, etc. (when used prior to chocolate enrobing or molding). Both can cause sticking to the plate if used to excess, building up a deposit requiring frequent plate cleaning.

Salt is used as a flavor enhancer. If used to excess, it can have an astringent effect on low solid batters. However, taste would no doubt give an early indication of an excessive quantity.

Yeast is considered to have little beneficial effect in modern plants although it was used extensively in times past. The objective as with any fermented dough was to modify the gluten and develop flavor. Given that our intention is to avoid gluten development and maintain a suspension of flour in water, the former would appear superfluous. Flavor development likewise is questionable given the short fermentation times; in addition the dominance of cream filling and chocolate coating would mask rather than complement any expected subtle flavor from fermentation. Hot water to activate the yeast encourages gluten formation, which needs to be avoided.

As will be explained in the next installment, chemical aeration has now largely replaced yeast fermentation giving acceptable textural results. An additional reason for the demise of fermented batters apart from that previously mentioned is that should batters over ferment due to whatever reason; it resulted in excessive waste, as batter had to be thrown away.

Enyzmes were recommended by enzyme manufacturers but queried at one time by wafer manufacturers for basic wafers. They usually required a batter temperature and resting period that was not really conducive to ideal manufacturing conditions. In recent times however, success on batter quality has been achieved even with cool “no rest time” wafer batters using certain enzymes as wafer ingredients. The enzyme Veron W does have a dramatic effect on the wafer batter, taking effect after several minutes; it can be seen to be influential even in the batter holding tank. When using enzymes cornstarch (if it is used in the recipe to modify gluten strength) can be reduced and, as previously mentioned, does not need to be used at all. A major advantage that is also very important is that the water level in the batter can be reduced thereby increasing solids still further to obtain a crisper textured wafer.

Colors/flavor can be added as required but flavors are almost ineffective because of high plate temperature. Flavors are better incorporated into the filling. 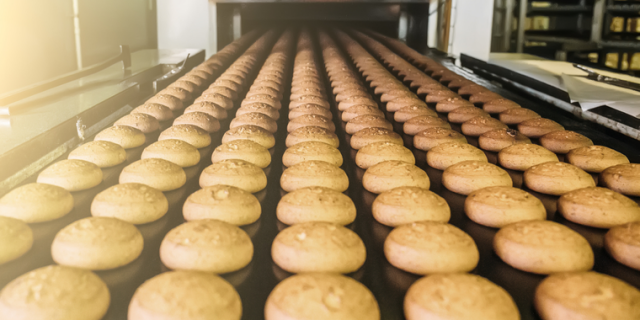 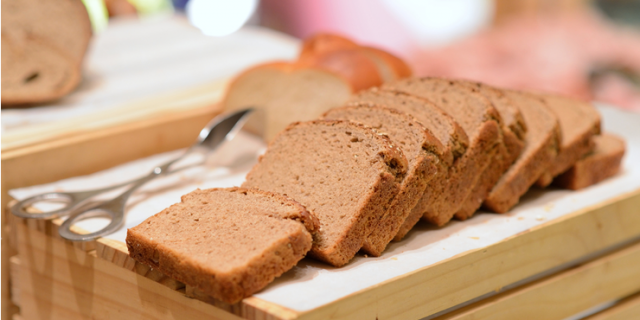