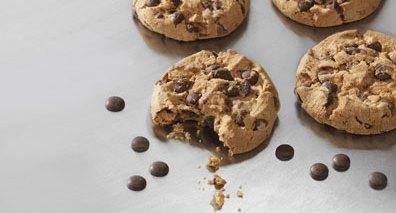 In 1948, the world’s first mass-produced civilian 4×4 rolled off the production line in Solihull, England. Land Rover went on to produce more than two million Defenders, of which a staggering 66% are believed to be still on the road. This is down to two things: world-class engineering backed up by regular maintenance. Similarly high levels of reliability and longevity can be achieved by applying these same principles to selecting and owning a bake oven belt.

Steel belts have been used as a conveying medium in continuously operating bake ovens for more than 90 years and their inherent strength, ruggedness and unparalleled thermal properties means that an operational life of 20 or 30 years is far from unusual.

Like the toughest 4×4 vehicles, steel belts are designed to perform in extreme environments. They have faced competition from lower cost alternatives, but their outstanding reliability – together with continuing improvements in performance – have seen them remain the preferred option for large numbers of customers the world over.

For the bake oven belt, this is partly due to qualities such as easier cleaning or the simple fact that some products (e.g. real butter cookies) can only be baked on a solid surface, but lifetime cost is a major factor too. This article provides some basic guidelines on preparing, servicing and checking bake oven belts in order to achieve maximum return on investment.

The most important aspect of running a solid or perforated steel bake oven belt is initial set-up. Every time a new or replacement belt is installed, there are a number of key steps to follow.

First of all, if a replacement belt is being fitted, then the oven itself should undergo a close inspection to determine what caused the previous belt to fail. The belt itself is of course another key indicator of problems: to the trained eye, the upper and lower surfaces of a belt can be serve as a log book for how the system has been running. The belt coil should be placed preferably on a roller type support. If skid bars are worn, they will need to be replaced, as will ‘frozen’ support and edge rollers. Doctor blades and safety scrapers should also be carefully checked.

Even if this is the first time a belt is being installed in an oven, it is essential that the system is correctly aligned before the belt is installed: every component that comes into contact with the steel belt has the potential to cause serious damage.

The system should therefore be checked to ensure that:

Only then should the steel belt be degreased (belts are supplied with a protective coating of oil), pulled onto the system, joined and tensioned.

Once the installation and tensioning processes have been completed, the belt should be aligned and run in. This begins with cold running and – as this will be the first time the belt is run – it is essential that personnel are positioned at every strategic point along the oven so the system can be monitored and immediately shut down if anything is wrong.

Before running the belt, the edge should be marked at several points and these points numbered. An easily accessible point on the support structure should also be marked and used as a reference point. Let the belt run and measure the distance between the edge of the belt and the structure when the marked points pass the reference point.

The distance from this reference point to the first mark on the belt edge measured. The belt is then run a predetermined distance and measurements taken again. This process is repeated for each mark along the edge, adjusting the terminal drums as necessary. Once all the marks have been measured, the process should be repeated with the belt run for longer distances each time, until continuous operation is achieved.

After completing the cold tracking operation, stop the belt when it is absolutely central. Set the vertical guide rollers on each side so that there is a clearance of 10-15 mm (1/2″) on each edge of the belt. Under no circumstances should the guide rollers touch both sides of the belt at the same time.

The next stage in the set-up process is hot running. All access and inspection openings should be closed, as any draughts may cause localized cooling leading to belt distortion and erratic running.

For safety reasons the exhaust system must be working at full capacity to remove fumes or gases, and burner flames set as low as possible.

When hot running the belt for the first time, the temperature should be increased gradually – by about 70 °C (160 °F) per hour – until baking temperature is reached. As the heat is applied, slight differences may occur and minor adjustments will have to be made, but the belt should first be allowed to run for several revolutions, so that conditions can stabilize.

After correct alignment, the belt needs to be conditioned and for this it is important that the belt is both clean and warm. To condition the surface, the belt should be rubbed using a swab soaked in edible oil; this will produce a fine smooth skin or patina to which goods cannot stick during the baking process. Use the minimum amount of oil to reduce fumes.

Alternatives to edible oil include beeswax, liquid paraffin and other food quality release agents. If wax is used, the oven temperature should be kept at about 65 °C (150 °F) and the wax rubbed onto the belt for about two revolutions. Then, the belt should be polished, using plenty of clean dry rags, until it is completely dry and has a high lustre.

In ovens where the belt is supported by cast iron skid bars, the underside of the belt should be lubricated. This is achieved using graphite and two types can be used:

Whichever type is used, graphite is best applied using a paint roller and tray, while ensuring that it is not applied too heavily. It should not be applied to the outer 100 mm (4″) of the belt edges, and the terminal drums should cleaned with rags and solvent.

The secret of a long bake oven belt life – Maintenance