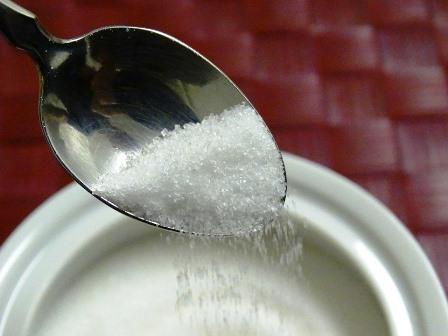 There are many challenges to improve the nutritional profile of our diet, including a reduction in fat and sugar content and enhancement of fibre. This is the second article in a series tackling issues concerning the nutritional content of biscuits

The role of sugar in biscuit cream
Sugar is a key ingredient affecting flow, the overall set and water activity as well as flavour within a filled biscuit cream. When replacing sugar, some attempt to mimic these technical functions must be undertaken in order to produce a product which is both palatable and aesthetically appealing. The cream must have rheological properties similar to the full sugar equivalent in order for it to be piped by the capper or rotary stencil. As biscuits have extended shelf life, the water active must be sufficiently low to prevent microbial growth.

Filled biscuit creams are composed primarily of sugar, with hard fat being the second ingredient at around 30%. Replacing the sugar in a biscuit cream presents technical challenges.

The key role of sugar in filled biscuit cream has been described as maintaining cream viscosity and plasticity prior to biscuit filling. The mechanism by which sugar governs this property to the cream is controlled by crystal size, available water and composition of fat. The cream must be of sufficient adhesiveness to maintain the biscuit sandwich. The crystals size must be small to avoid grittiness in the mouth but not so small such that the surface area demands a greater amount of fat to be used as fat is generally the more expensive ingredient.

Sugar is generally the most inexpensive and readily available ingredient in biscuit cream as well as being good as a bulk filler. The cream itself is a suspension of the dissolvable sugar in the immiscible-in-water fat. Replacing the sugar with a bulk filler must provide the same ready dispersion and same viscosity as well as providing sweetness and an adhesive force. The cream is usually used at slightly elevated temperature so the bulk replacer must be heat stable above room temperature.

The approaches trialled at Campden BRI
Campden BRI has investigated the impacts of fully replacing sugar in filled biscuit creams. Bulk filler materials such as polyols or fibre have been evaluated and the impacts upon key quality control indicators on the cream evaluated.

Cream recipes were amended such that all the sugar was replaced with either a polyol; maltitol in this instance, or fibre; in the form of inulin.  Both filler types have reduced calories per gram compared to sugar; just above half the amount in both cases.

Sugar reduction in biscuit creams was investigated within a series of initiatives to reduce sugar within bakery goods as part of a research project funded by Campden BRI’s industrial members.

Quality of reduced sugar biscuit creams
Replacement of sugar with either inulin or maltitol gave satisfactory water activity, giving a similar mould free shelf life as compared to the full sugar control. Sugar replacement with inulin was found to give the same small scale rheological profile as the control where as maltitol made the cream slightly more firm. In large scale rheology the creams were less firm leading to easier processability.

A panel of trained sensory scientists tasted the samples and awarded quality scores across a range of attributes. The sample containing maltitol received similar scores to the full sugar control, generally changing by up to 2 points on a 9 point scale; this remained the case when eaten with a reduced sugar biscuit (sugar in the biscuit was replaced with inulin.

There may be an opportunity therefore to develop bakery creams where the sugar is replaced with maltitol for some markets but it should be noted that such products would need to have a warning statement stating that "excessive consumption may cause a laxative effect" as polyols would be used at more than 10% in the final formulation. It would not be possible to remove a portion of the sugar and replace with maltitol as due to EU additives regulation 1333/2008 polyols may only be used in "decorations, coatings and fillings with not added sugar".