July 28th, 2021
by Michael A Greaves
in Our experts
Share this article! 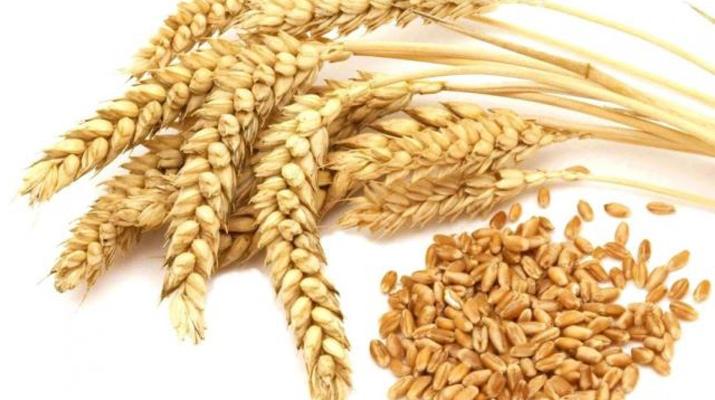 The essential ingredients for success in molded en-robed wafer products is a Grist that will withstand the rigorous automatic production machinery, and give a crisp wafer with a pleasant flavor and bite.

To assist the smaller company and those who have never ventured into this popular market the following recipes, methods and conditions; if followed, will give success in both large and small scale. The essential foundation is the Grist, i.e. the types of grain that have been found to give the best possible results. As it would be difficult and probably expensive to source the exact types of wheat, the following analytical tests and results will give all the information required to emulate the results of the market leaders using ingredients available locally. As will be shown all of this can be achieved on both large and small scale. The following parameters should be determined for each delivery of flour from the miller.  Marked deviation from these figures can cause problems with continuous production that cannot be easily rectified. For example, if the alpha – amylase is too high, sugars reproduced in the grain and the resultant batter causes wafers to stick to the plates with obvious production problems.

A mixture of 87.5% Soft wheat to 12.5% hard wheat gives what is needed for wafer texture, the 12.5% CWRS imparts strength and crispness to the wafer.  As CWRS flours have poor batter characteristics (viscosity and protein precipitation) the rest of the flour blend must have very good batter properties to support the CWRS, therefore, soft red winters are used. These are the softest known wheat for including in wafer batter. Farinagraph with Graph and calculation regarding characteristics of flour protein. These are examples of the type of quality control that is carried out on a delivery basis.

Dried Yeast may be used in the yeast starter of O.100 kg per mixing. Warm water to be varied +/- 2.0kg to adjust batter viscosity to prevent short wafers and excess plate extrusions (dodings). During baking the bicarb decomposes resulting in a loss of 37.9% by weight.  Fermentation has always been carried out by some of the leading companies as it improves wafer texture, colour, flavour, and keeping properties.  For small batch production, following the final mixing, the batter is poured into a suitable lidded container and placed in a warm atmosphere of approximately 34 °C and allowed to ferment for 50 minutes. The batter fermentation time should not be allowed to overrun by too long, if the batter is left to stand, the yeast continuous to produce sugars. Excess sugar causes the wafer to stick to the plates with resultant problems. After the fermentation time, the sodium bicarbonate is sieved into the mix and stirred well to dissolve throughout, uneven mixing can cause discolouration in the cooked wafer. Continuous production requires a non-stop batter treatment system. After automatic weighing of the ingredients and the mixing in a high-speed mixer, where the residence time is less than a minute, the batter is fed into individual heated water jacketed cells, the whole process controlled automatically. After the necessary fermentation time the cell empties and the batter is passed to a balance tank prior to pumping round a ring main oven feed system. The bicarbonate can be added and mixed in the balance tank by a screw feed device.

Wafer baking can be carried out on either single electrically heated plates or large hundred plate gas heated ovens. The end products eating properties depend largely on the type of flour, the recipe, treatment of the batter plus the cooking. The handmade wafers can be either hand creamed or hand/machine creamed and cut into books or fingers. Depending on the baking facilities, whether individual hot plates by hand or the large expensive hundred plate automatic ovens, both systems can be made to produce excellent wafers. A well-trained operative can produce a large number of wafers in a relatively short space of time on the manual plates. The single plate will require to be kept clean and treated with a partition compound applied when necessary. The continuous production ovens have plates made of alloys that resist wafers sticking, even so, some of the ovens are known to be purposely ‘run hot’ which decreases the risk of sticking and thus allows greater speed, the side effects of darker colour and different flavour are not considered by some not to be detrimental.

A problem arises with some flour deliveries. When the flour and water are mixed in a high speed mixer, i,e, rotor and stator type, the gtutenin and gliadin tend to agglomerate into rubbery pieces, these often block the batter sprays on the ovens. This is known colloquially as ‘knocking out’. A solution to this problem is to add a specified amount of Sodium Meta Bi sulphite to the batter in the Balance tank. The amount added depends on the local Food Laws. The allowed amount can be approximately 50ppm in the finished product.  As the viscosity of the batter is affected alterations might have be applied to the batter deposit to maintain a ‘full’ wafer. With the Grist type given above this is a rare occurrence. Simple tests can be carried out to determine the stability of a particular sample using a Kenwood Liquidiser and a stop watch.

Wafers leaving the oven pass over an automatic scanner, those that are not complete are deflected into a container under the belt for ‘rework’. The complete wafers travel to the cream layering machine, or In-line conditioning, passing over an arch which serves as a cooler, and an access point for the operator on a long line. An accurate layer of cream is deposited onto the passing wafers forming a complete wafer sandwich of three wafers and two layers of cream.

The wafer sandwich then passes through a cooler. The conditions in the cooler must be such that the exiting product temperature matches the ambient. In the rush for production the wafer temperature may be below the room temperature causing serious and damaging condensation. Surface temperature pre-cooler 29°C and exit 19°C. The wafers are passed to a cutting machine which cuts them into a rectangle large enough to be cut into the requisite number of fingers when fed to the moulding machine, this ‘biscuit’ is then packed on edge into a plastic tray. The tray is a stackable type with grill vents around the sides that allows a free circulation of conditioned air.  Wafer conditioning is essential to prevent expansion of the wafer following the application of chocolate coating.

As the oven plates at 160°C close there is a large build-up of pressure as the water changes state into steam. The pressure increases progressively from the hinge side to the locking side as the plates close. The constituents of the batter is starch and protein, are then distributed unevenly across the wafer.  As the absorption of moisture is different in these two ingredients the moisture pick up and expansion of the wafer takes place randomly due to capillary attraction and diffusion.

The low equilibrium relative humidity of wafer causes a pick-up of moisture from the average atmospheres. When deciding on the dimensions of the fingers, allowance must be made for the superficial expansion of the product. The ideal maturing room conditions have been found to be 25°C and the RH 34%. Moisture content determinations are checked frequently by heating a Book sample of known weight overnight in an oven set at 100 deg C. The weight required is an increase to 2.5%of the Book, which will take approximately 10 days to pick up and produce a stable biscuit.

The equipment comprises a cabinet with a continuously moving ‘toast rack’. The wafers enter the cabinet post the cooling arch, and are clamped in a wire frame and travel twice the length of the cabinet. This is accomplished by the transport belt moving forward on the top run and backwards on the underneath where the clamps open directly below the point at which the wafers entered. They are then passed by conveyor to the layering machine. The first trial of In- line ‘conditioning’ took place in 1960, it produced tough wavy wafers!

Example of conditions in the humidifier and results: FIG 5: In- (or rapid) Moisture conditioning

Following layering and cooling the wafer layers pass through the cooler to the Book Cutter. The Book is then subjected to a milling machine that mills a series of grooves to give fingers that are still joined by a web of wafer. This finger/book can be placed into a feeding device on the moulding machine.

NB. This description of different wafer treatments is given for the benefit of the reader who can consider the pros and cons of each system. With the milling machine an important consideration is the amount of rework produced by this method, it is usually more than first calculations suggest. The cream layer consists of thirty percent vegetable fat such as Hardened Palm Kernel Oil. Due to this oil being sensitive to enzymes such as lipase, care must be taken to ensure that it is moisture and lipase free. The rest of the ingredients consist of powdered sugar, cocoa liquor, lecithin vanillin and hazelnut flavour. The mixing is carried out at a temperature of 40-42°C and the particle size is kept to < 300 µ. The latter flavour used to be provided by finely ground hazel nuts.  The other main ingredient is rework from any source of wafer production, In many SPI,s (Standard Practical Instructions) it says Maximum 10% of clean dry finely ground rework. This is considered advisory! There are many times when the amount is exceeded in the interest of maintaining production. The large biscuit placing roller fits the wafer into the mould which is part filled with molten chocolate. At the next station, the centre is pressed firmly into the plastic mould before passing on to the backing off station. During earlier times the moulds were all filled by hand. This single three finger book could Be hand placed manually with equal speed and accuracy as the mechanical method, either two three or four fingers.