June 1st, 2021
by Andreas Stadtkewitz of Bakels Aromatic AB
in Our experts
Share this article! 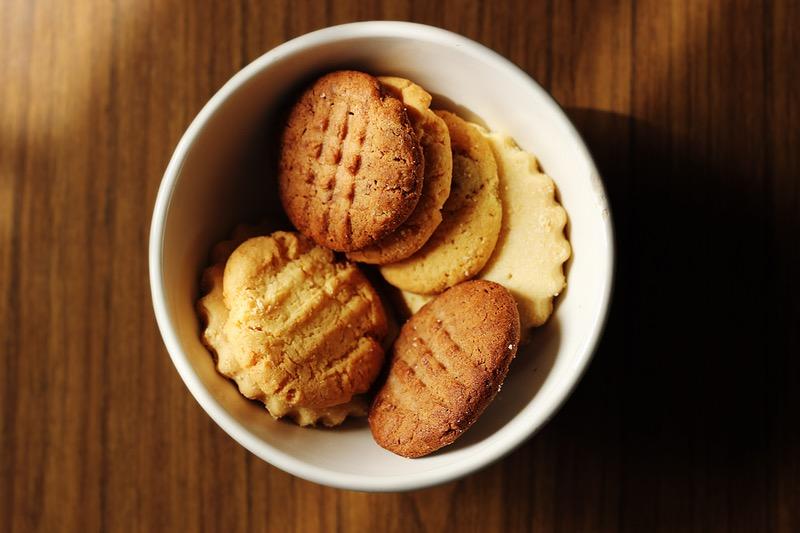 Here it is to distinguishing between non-chemical and chemical leaveners.

A nonchemical source of leavening is Air.

During creaming of shortening and sugar Air is incorporated into the dough.
The amount is depending on

A second non-chemical source is Steam.

Steam generated during the baking process of cookie or crackers contributes to the leavening of the product. Important hereby is the timing of the release and is controlled by baking temperature.
Essential is to prevent the setting of the surface in the early stage of baking. This is controlled by the right damper setup. Dampers should be closed to create a higher moisture atmosphere in the oven. In the latter stages of baking dampers are opened to facilitate moisture removal and drying of baked product to the desired moisture level.

Soda is used in combination with monocalcium phosphate (MCP) and sodium pyrophosphate (SAPP). Both are reacting chemically with Soda to release CO2
By using different percentage of Soda cookie characteristics can be modified, as pH, diameter, height and spread ratio.

If ABC breaks down, it gives two molecules, ammonia and CO2 and will leave no residual salt, therefore it will have little effect on final product pH. Varying levels of ABC has the same effect on cookie characteristics as soda but have no effect on pH.
In products that have a moisture of more than 3-5% ABC should not be used. Ammonia when released dissolves in final moisture and the product will have an ammonia flavor and odor.

MCP is a fast acting leavening acid and reacts immediately with soda when both dissolve in dough or water batter. MCP is used to provide CO2 during mixing, due to the release of CO2 by MCP influences the grain by creating the gas cell nuclei, which later determines the final grain.
MCP is an effective tool for adjusting cookie pH and other characteristics.

SAPP is a slow acting leavening acid and release CO2 from soda by either time delay or when the temperature is raised by baking. SAPP will also affect pH by neutralizing soda.

… attributes are cell wall thickness and cell size, shape and uniformity. Grain differs from texture. Leaving gas incorporate during mixing of dough have an effect on grain, particularly of cookies. If achieving the optimum out of the mixing process gas cells provide a uniform grain in the baked product. The final Grain of a cookie or cracker is largely a function of the number and size of gas cells incorporated during mixing. A rule of thumb; the larger the number and smaller the size, the finer and more uniform the Grain of the baked product.

… refers to hardness or tenderness of cookies or crackers. A tight grain will give a hard Texture, where as an open grain gives a more tender product. The possible relationship should kept in mind when adjusting leavening to achieve the desired effect. It should be also taken in consideration that there are more ways to affect Texture than through to leavening. A more tender product will achieved with increased shortening levels or reduced sugar or use of a softer flour. Rich products will require lower levels of leavening and lean, inexpensive products a higher level.

… is important from the sight of the end product qualities and proper packaging. Spread can vary from day to day due to variations in the flour supply for example.
To control Spread a number of adjustments can be used, including leavening. Spread can be adjusted by modifying the level of leavening. An increase in leavening results in greater Spread. Further to that Spread can be used by using a flour higher in protein, also sugar and shortening levels affecting Spread.

…are formed through a delayed release of leavening gas. This is due to a still molten internal dough, when the surface has already set by the heat of baking.
Most effective in controlling Surface Cracks are through adjusting soda and ABC levels.

… are effected by pH on the finished product and can be controlled by balancing or unbalancing the leavening system. A balanced systems is one where the pH is close to neutral and where the leaving acids have offset the alkalinity of soda just enough.

Still very little is to find about the technology of leavening cookies and crackers. Even if in modern times the WWW provides a lot of informations, guidelines are still missing and it remains a type of art in formulators hand.

> Ingredients for biscuits an Introduction

Topping salt detaching from crackers between application and packaging
What is the best way to assure that the topping salt in crackers will not detach from the product until packaging?

Ammonia Bicarbonate in Soda Crackers
What is the recommended quantity for whole wheat crackers?

First time doing crackers I have some problems
Is the kneading time and rph very important?   what would the ideal time? and at what rph would you suggest, please?    My equipment are small, more like bakery-style than industry, I have a kneader, a laminator, and a rotative oven.

I would like to keep the formula stable for at least 4 months, preserve flavor without chemical additions to the recipe.

Hard soda crackers
Hopefully, someone can help me with the solution on how to make our soda crackers have a softer bite.

Blister Problem
How to solve the blister problem in Enzyme Crackers/Ritz Crackers biscuit.

Seasoning for Potato crackers
Hi guy, what would be the best type of seasoning unit for Potato crackers weighing around 2 grams, 46mm round dia? The type of seasoning that applies is chilly flakes, pepper, etc. The normal sprinkling unit wouldn’t work as it used more coarse materials like salt, sugar, nuts, etc. Bieber the flavoring drum might also break the biscuit. Any suggestions?

Where to Find Natural Leavening Agent?
I'm trying to find a leavening agent (not yeast, steam or any other conventional leavening agent) that I can use for crackers that are made of natural ingredients only. The ingredients are very basic: whole wheat flour, oats, rye wheat, salt, HOSO, water. All I'm missing is an ingredient that will allow the cracker to rise.

Want to know more?
Ask industry experts in Biscuit People TechTalks section.
Ask a question
or
Contact us
Featured questions
See all
Recipe and process for Baby Rusk Formulation? 🍼
by
Lasni Silva
on 11.10.2022.
Seasoning System
by
Matthew Linja
on 03.11.2022.
Protein crunchy wafer - How to get the filling to be more spreadable?
by
Marinela Knežević
on 09.11.2022.
Featured products
See all
Moulding roller
by
Errebi Technology
Biscuit, Cookie and Cracker: Process and Recipes
by
Elsevier
Cold fat dosing
by
CEPI Spa
Complete solution for biscuits in stacks: single portion and multipack flow-wrapping
by
IMA FLX HUB
Biscuit, Cookie and Cracker Production
by
Elsevier
Featured companies
See all