August 16th, 2021
by Prof. Nada Vahčić
in Our experts
Share this article! 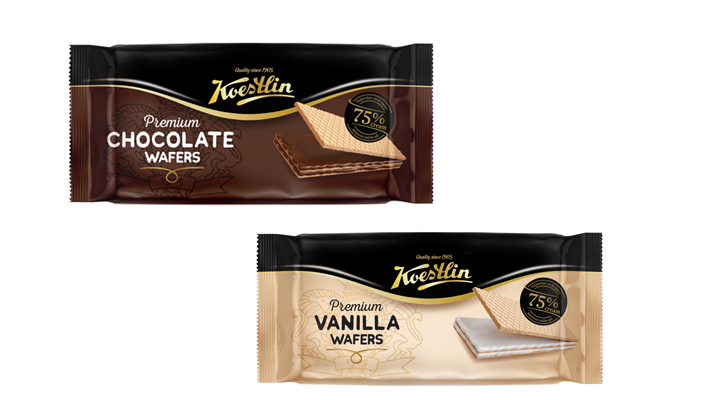 A study on consumer preference and acceptance towards buying reformulated wafers

This study has been conducted within the framework of the project Development of a New Category of Wafers with a Different Nutritional Composition Excluding the Use of Palm Fat and Their Effects on Consumer Digestion, co-funded by the European Regional Development Fund of the European Union, with the aim of exploring consumer acceptance and preference of new Premium Wafer products with chocolate and vanilla-flavoured products.

The research began with the development of quantitative and qualitative descriptors for all sensory properties characteristic of the products carried out by sensory assessors in the Sensory Evaluation Laboratory at the Faculty of Food Technology and Biotechnology using the quantitative descriptive analysis method.

Consumer testing involved a group of 489 subjects from 4 different populations, with a balanced representation of the two genders, three different age groups and four education levels where possible.

The following methods were used: survey (to collect data on the socioeconomic status of the subjects and their habits in terms of consumption of confectionery products and food-purchasing behaviour in general); 9-point hedonic scale (for 4 sensory properties as well as the overall impression); JAR scale (also for to 4 sensory properties); ranking test.

The results of the study have been used as a basis for drawing a number of conclusions, with the most important ones being that all consumers like both products regardless of flavour (chocolate or vanilla) very much, that the sensory properties of the products are ideal for the most part, and that the products made with coconut fat score higher then the products made with palm oil in terms of consumer preference.

Palm oil is one of the most commonly used vegetable oils in the world. It is used as biofuel, for frying or roasting, as a bakery fat, including in the production of biscuits and snacks,  in margarine, as added fat in infant milk formulas, and it has also found application in the cosmetic industry. It has achieved such widespread use in the food industry due to its favourable technological properties, like its stability at high temperatures due to fatty acid composition and presence of antioxidants, and its favourable effect on product texture without affecting odour or taste (Kadandale et al., 2019). The validity of arguments in favour of palm oil consumption has been questioned due to its negative impacts on consumer health and food safety, the environmental impact of its production and the sustainability issues relating to its cultivation in the countries of origin. Various compounds formed during the palm oil refining process, such as 3-monochloropropane diol (3-MCPD) and its glycidyl esters (GE), have also been found in the processed foods containing palm oil. As regards its health impacts, palm oil has been associated with cardiovascular disease risk and cancer risk (Gesteiro et al., 2019; Arnett et al., 2019). The European Food Safety Agency has established the maximum tolerable daily intake for the aforesaid contaminants and issued a report stating that the quantities of harmful substances in such products are considered safe for most adults, but that there are concerns regarding children and younger age groups who are most exposed to such substances (EFSA, 2018).

Because of the controversies surrounding the production and safe consumption of palm oil, the food industry has been turning to other fat sources like coconut oil, shea butter or cocoa butter (GCCR, 2018; Gesteiro et al., 2019).
Over the last few years, coconut oil has been mentioned in the context of “magical” foods because of its reported health benefits, even though it contains 90% saturated fats. The major fatty acids of coconut oil are medium-chain fatty acids (lauric acid), which behave differently than long-chain fatty acids from a metabolic standpoint (Wallace, 2019). Reusing coconut oil for frying is not recommended. Its reported health benefits include weight loss, lowering cholesterol levels, prevention and treatment of Alzheimer’s disease, prevention of dental caries, topical use for prevention and treatment of atopic dermatitis, anti-inflammatory and antimicrobial effects (Wallace, 2019; da Silva Lima and Block, 2019; Neelakantan et al., 2020). What is certain and what the consumers should bear in mind is that coconut oil has the highest level of saturated fatty acids among all vegetable oils and should be consumed according to the recommendations.

Material and Methods of Study Sensory evaluation of new product samples - Premium Wafer with chocolate (code number 242) and vanilla-flavoured Premium Wafer (code number 124) - was carried out by a sensory panel (ISO 8586:2012; ISO 8589:2007). For research purposes, certain existing products that were already available on the market have also been supplied: Choco Layered Wafers (code number 576) and Vanilla Layered Wafers (code number 707); these products were used to carry out a preference assessment for the new products compared with the existing products. Immediately upon receipt, product samples were stored in accordance with the instructions for storage for the relevant product category.

The sensory profile of the new products has been developed by sensory analysts using quantitative descriptive analysis (Meilgaard et al., 2016).

In the group of acceptance tests, the overall liking of the products and the liking of their specific sensory properties have been assessed using a 9-point, verbal, hedonic scale (Lawless and Heymann, 2010). The JAR scale (Just about Right) from the same group of consumer tests was used to measure consumer response to specific sensory properties. This scale is bipolar, its endpoints are opposites and its centre point is labelled “just about right” (Lawless and Heymann, 2010). In the group of preference tests, the preference ranking test (ISO 8587:2006) was used.

Prior to investigating the opinions of consumers related to preference and acceptance of new products, sociodemographic data and information on the subjects’ dietary habits have been collected, with survey questions taken from similar market research surveys on consumer food preferences and habits (Lawless and Heymann, 2010). k-value – number of times the product was ranked first in terms of preference (i.e. most preferred)

k-value – number of times the product was ranked first in terms of preference (i.e. most preferred) With regard to dietary habits, 92% of the subjects are omnivores. The percentage of omnivores within groups divided by gender or the type of product tried is the same (Table 2).

As regards consumer preference, all subjects, as well as groups of subjects divided by gender, prefer both new products made with coconut fat, with statistically significant differences in the preference in favour of the new product for all consumers, except for female subjects and wafer products with chocolate (Tables 5 and 6)

The results regarding the overall liking of the new products for all subjects and by gender were obtained using a 9-point hedonic scale. Both products scored high on all sensory properties, with the vanilla-flavoured product scoring better than the chocolate wafer in general. With regard to all sensory properties, women like both products more than the male population. Men ranked the colour and texture of chocolate wafers higher than the colour and texture of vanilla-flavoured wafers (Figure 3).

The results obtained in the study show a pronounced, i.e. statistically significant consumer preference for the new products, regardless of gender. The average liking scores for specific sensory attributes and the overall liking of both products is high, which guarantees strong market positioning. The premium vanilla-flavour wafer product scored higher for the overall liking and the liking of most specific sensory attributes than the premium wafer products with chocolate.

Additionally, the average liking score awarded by women is higher than the score awarded by men. All sensory attributes of both products are ideally balanced, except for the odour of the wafer product with chocolate, which is less pronounced.

EFSA Panel on Contaminants in the Food Chain (CONTAM). (2018) Update of the risk assessment on 3-monochloropropane diol and its fatty acid esters, EFSA Journal 16, (1) 5083.