November 30th, 2020
by Sandro Fonseca of Biotec Biscoitos e Processos
in Our experts
Share this article! 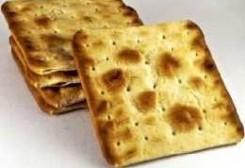 We have taken an advanced optical technique known as speckle interferometry and applied it to study the very small deformations that evolve when a biscuit is exposed to the room environment after baking.

For almost a century, manufacturers have tried to understand and predict the appearance of small hair-like cracks in biscuits and crackers, a phenomenon known as checking. The crack development makes the biscuit weak, making it more susceptible to breakage under the application of small loads. At Loughborough University we have taken an advanced optical technique known as speckle interferometry and applied it to study the very small deformations that evolve when a biscuit is exposed to the room environment after baking.

Speckle interferometry is a very sensitive and non-contacting technique for measuring surface displacements and has two major advantages over more commonly used methods:

The application of optical techniques such as speckle interferometry to food materials is highly novel and this work represents one of its first applications in food industry. For biscuits exposed to step changes in humidity, initial strain rates of up to 10-5 min-1 were measured, which decreased as the moisture content approached equilibrium, leading to an accumulated strain of ~ 10-2 after 48 hours. Under these conditions, a homogeneous, isotropic strain distribution was observed. The strain measurements that have resulted from this work are the most sensitive and first whole-field measurements yet made of strains in biscuits. The data were used to calculate the hygroscopic expansion coefficient, which provides the necessary constitutive link between strain and biscuit moisture content needed to model biscuit checking.

The knowledge of these material properties was used as an input to a finite element model of biscuit behaviour developed at Loughborough. The model is a semi-coupled analysis that first predicts moisture diffusion within a biscuit, based on a measured initial distribution, with external humidity as a boundary condition. The model then calculates the stress and strain in the biscuit due to the change in this distribution. The model incorporates the non-linear dependence of the material properties on field variables. It has been tested for semi-sweet biscuits, a European type commonly affected by checking. The model shows that, at low relative humidities, the rim of the biscuit expands and the centre contracts.

The expansion is caused by the uptake of moisture at the rim, which is initially dry after baking, and the contraction is due to loss of moisture from the more moist centre. The finite element predictions were validated by actual measurements of strains in freshly baked biscuits using speckle interferometry. Experiments using a range of storage conditions enable us to conclude that it is the presence of moisture gradients, in combination with a low environmental relative humidity, which increases the chances of checking. These results will aid biscuit manufacturers in the development of more effective strategies to avoid the damaging phenomenon of checking, enabling consumers to benefit from fewer broken biscuits.