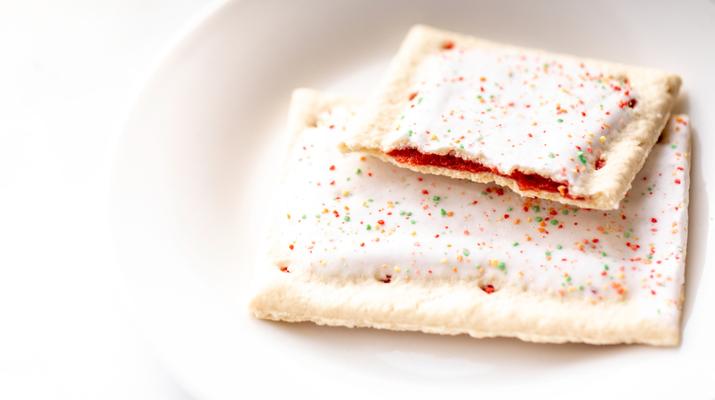 We have already said this, but we are going to say it again – the modern world is a very hectic place! As such, we look for the most time-efficient ways to consume our daily nutritional needs. That is how Kellogg’s Pop-Tarts came to be. But they were not the first pastry of its kind… (more on this later). What is important to know is that Kellogg’s Pop-Tarts are the most popular toaster-pastries in the United States and other parts of the world. There is a lot of great information on Kellogg’s and their Pop-Tarts. From an interesting origin story to an even more interesting trivia, we have divided the article into several different sections for an easier read. Firstly, we will begin with a general overview of the company and how Kellogg’s was created.

After this, we are going to focus on the pastries’ history, and after that we are going to round-out the article with an interesting trivia section. There are many facts about the delicious Pop-Tarts that you are probably not aware of. Without further-ado, let’s begin with a quick overview of Kellogg’s and their history.

A quick overview of Kellogg’s, their history and their values

Just by glancing over the Kellogg’s official site, it is clear from the first few paragraphs that they have their consumer base in mind. As the company says, they are always looking for ways to increase the nutritional values of their products while still retaining the same taste.

While all of this sounds good, we have to remember that every modern company takes its consumer base into consideration. A company that does not cater their products to the consumer is highly unlikely to be a successful business. The consumer base dictates the trends in the market, and the modern majority of consumers wish to know what they are eating.

Kellogg’s was actually the first company to introduce this novelty. All the way back in the 1930s, the owner and leader of Kellogg’s, W. K. Kellogg, decided to implement nutritional labelling on the packaging. Not only that, but in 2007 they were amongst the first companies to also add “guideline daily amounts” which indicate just how much sugar, fat, calories etc. you should consume on a regular basis.

Kellogg’s – seeking to brighten many futures

Other than seeking new ways by which to create the perfect mix of nutritional and healthy, Kellogg’s also has its own foundation dedicated to charity and good-will. The foundation is named after the creator of the company – the W. K. Kellogg Foundation. The foundation annually donates millions of dollars to charities across the globe. The foundation mostly donates its money to governmental and non-governmental charities that provide food to the most endangered parts of the society, such as homeless people or poor families. While this is, again, admirable, we have to take into consideration that many companies donate to charity in order to gain tax reliefs.

However, the tax reliefs are given as an incentive for the companies to do their part for the community, and Kellogg has donated a whooping five-point-five billion dollars to charity. The fact that they have donated so much money is incredible and praise-worthy. Along with their transparency concerning nutrition, this places Kellogg as one of the more trustworthy companies out there.

Kellogg also has an entire “army” of volunteers that participate in the “Days of Caring.” These are annual events in which thousands of Kellogg’s workers give their contributions by improving parks and playgrounds and restoring the ones that have fallen into disrepair.

From the quick overview, we can see that Kellogg’s is a trustworthy company with many admirable goals. But how did Kellogg’s came to be?

Kellogg’s, of course, originates from the United States. They are a company that has been around for over one-hundred and twenty years, so naturally, they have a lot of important dates and milestones in their history. Kellogg’s is not only known for its Pop-Tarts, but also for its corn flakes, which the Kellogg Brothers invented in 1898 when they accidentally flaked wheat berry. 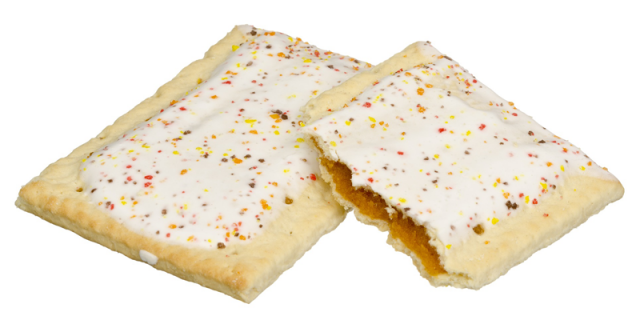 Later on, the Kellogg brothers would expand their business by forming the Battle Creek Toasted Corn Flake Company. They would open this company in 1906 and hire forty-four new employees. It was with the help of these first forty-four employees that they launched the initial batch of Kellogg’s Corn flakes.

Eight years later, Kellogg’s expanded into a new market farther up north, into Canada. The first product they introduced to the Canadian consumers was Kellogg’s Corn Flakes. Later on, they would expand into a number of different countries like the United Kingdom, Australia (although the distribution of Kellogg’s products is currently discontinued in Australia), Mexico, Japan and others.

One year after their debut in the Canadian market, Kellogg’s expanded their line of products by creating the first high-fibre cereal. One year later, in 1916, they would also launch their iconic Kellogg’s All-Bran corn flakes.

Kellogg’s, it appears, was a trend-setter when it came to novelties in the food industry. Along with being the first company to implement the nutritional values of their products on their packaging, they were also the first to hire a dietitian. All of these changes played a major part in how the snacks industry operates today.

Soon enough, however, the Great Depression began, the period of time in US history which marked the economic decline of the country. Many people suffered and lived in horrible conditions, but Kellogg’s was able to persevere through it, and it was around this time that they founded the W. K. Kellogg foundation. The foundation helped those most affected by the depression.

In 1997, Kellogg’s opened up their W. K. Kellogg Institute for Food and Nutrition Research, furthering their goals of creating more nutritional pastries. Numerous scientists, nutritionists and engineers work at the institute in order to create great-tasting and healthy snacks.

Today, the company is still upholding the values instilled in them by their founder W. K. Kellogg. They have expanded into the markets of over a hundred and eighty countries across the globe. They still expand their lines of products with new flavours and continue to experience an increase in their annual revenues. Now that you know more about the company and its past, it is time we delved into the history of their most popular toaster-pastry – the Pop-Tarts! There are so many interesting facts connected with the creation of these delicious breakfast snacks that we might not be able to fit them all into the article, but we will give it our best try.

The pastries proved to be a huge hit, and soon enough, the company was strained to meet up with demands! There was also this one time when they had to issue a public apology, because they were out of Pop-Tarts to distribute to shops and markets across the country.

The original Pop-Tarts came without a frosting. They were not frosted due to the fact that the management of Kellogg’s didn’t believe the frosting could withstand toaster heat, and that it would melt. But soon, a heat-resistant frosting was developed, and the board gave immediate approval to launch the frosted pastries in 1967.

The first Pop-Tarts debuted in four distinct flavours – strawberry (which is still the most sold flavour of Pop-Tarts), blueberry, brown sugar cinnamon and apple currant. Of course, over time, Kellogg’s expanded its range of flavours, some of which became permanent additions, while others were only sold as limited editions only.

Kellogg’s Pop-Tarts would take a long time to reach other markets, although it was a huge success in the United States. The Pop-Tarts debuted in the United Kingdom in the 1990s, followed by a large marketing campaign. They company failed to emulate the success it had in America, but the UK market proved to be profitable, nonetheless. Another great achievement for the Pop-Tarts is that their sales have been increasing for the past 32 years straight. It is mostly due to the major consumer base. Kids love them, teenagers love them, even moms with full-time jobs love them! All of this has enabled Kellogg’s Pop-Tarts to experience a steady, consecutive increase in its sales.

We’ve purposefully left out a LOT of the interesting facts connected with both the launch of the Pop-Tarts, the frosting, the flavours and how it got its name. We decided to leave all of this for the trivia section and believe us when we say… there are many interesting facts about the Pop-Tarts. Shall we begin?

We’ve gone ahead and made a list of the most interesting facts we could find about Kellogg’s Pop-Tarts. For example, did you know that Andy Warhol (yes, THAT Andy Warhol) is connected with the pastries’ name? But more on that soon enough… why don’t we begin with the first fact on our trivia list?

A concluding word about Kellogg’s Pop-Tarts

Kellogg’s Pop-Tarts are a beloved breakfast pastry for Americans across the United States. They are an iconic part of the American culture and have been a part of numerous breakfasts for decades now. Kellogg’s is also a trust-worthy and an accomplished company, with numerous novelties and milestones. The Pop-Tarts have been experiencing a steady increase in sales for thirty-two years straight, so it’s safe to say that they’re here to stay for a very long time. We hope you’ve enjoyed the article. Cheers until next time! 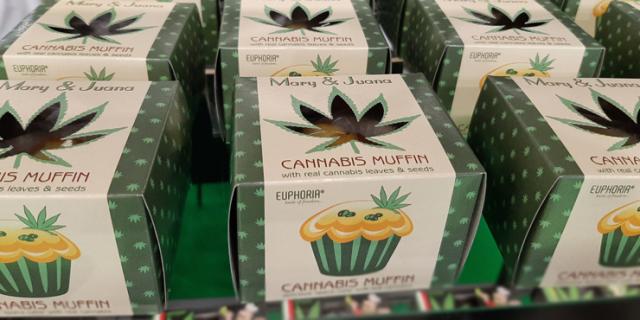 Euphoria: The Taste of Freedom
in
Biscuit brands
Do you like consuming cannabis or know someone who does? Then this article is for you! Read-on about a brand of cannabis-based biscuits from the Czech... 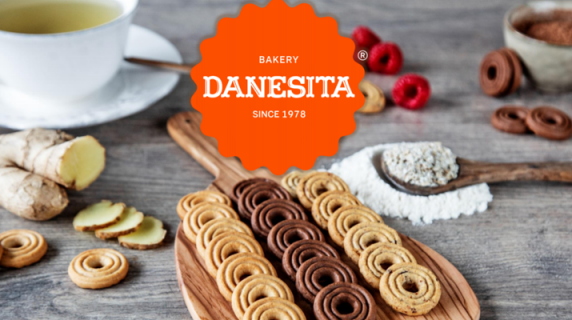 Sewing Kit or Biscuits? Danesita Butter Cookies Are the Answer
in
Biscuit brands
Sewing kit or biscuits? Surprise: Danesita! Since 1978, Danesita has been manufacturing the finest butter cookies and other innovative treats. Learn m... 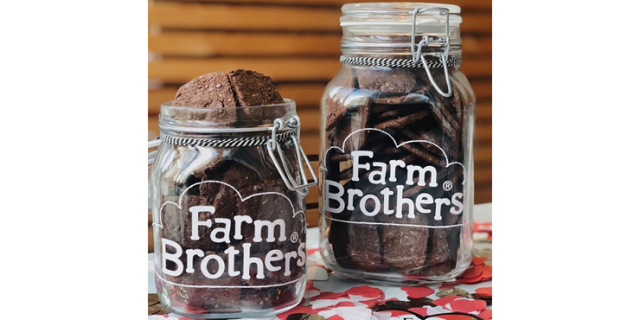 Farm Brothers Biscuit Brand: Changing the Earth With Cookies
in
Biscuit brands
With each pack of Farm Brothers organic cookies you buy – save part of degraded farmland in Flevoland, #makesoilmatter: action! Eating cookies, saving...
Looks like you don’t have a subscription to do that. Want to upgrade?
Upgrade subscription