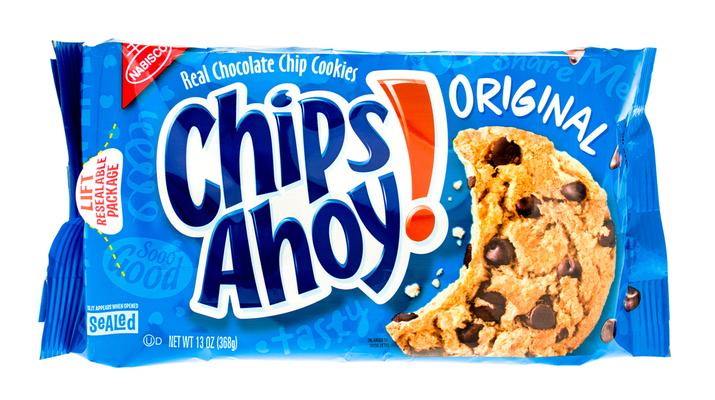 In today’s article, we will be taking a closer look at one of the most popular chocolate chip cookies in the United States – Chips Ahoy!

These two biscuit brands, Oreo and Chips Ahoy!, are often compared, as they both carry the title of the number one cookie for their respective biscuit types. Today, however, we will be focusing on Chips Ahoy!

Chips Ahoy!: The History of the Chocolate Chip Cookies

Chocolate chip cookies originate from the United States and are aptly named so due to their main ingredient – chocolate chips or chocolate morsels. Two American chefs are credited with their invention, and their names are Ruth Graves Wakefield and Sue Brides. Ruth Graves Wakefield was the owner of the Toll House Inn in Whitman, Massachusetts, which was a popular restaurant with home-cooked meals.

There are certain incorrect bits of information regarding the story of the creation of the chocolate chip cookies. Many people seem to believe that Ruth Graves Wakefield invented the cookies by accident. This is false, as she herself stated that she deliberately added the chocolate chips to her cookie recipe.

The most popular homemade dessert they served at the Toll House Inn was the thin butterscotch nut cookie with ice cream. As stated by Ruth, everybody seemed to like these. But she wanted to add something new and different to the menu. That is how the chocolate chip cookie came to be.

Ruth developed the recipe for her chocolate chip cookies by adding chopped-up bits of a Nestlé semi-sweet chocolate bar into cookie dough. She named the cookies “Toll House Chocolate Crunch Cookies”. The recipe for the cookies in Toll House Tried and True Recipes carries that very same name.

This same cookbook, written by Ruth, would later-on be published by M. Barrows & Company, New York, in 1936 to be exact. Two years later, it would be re-published, this time with an expanded assortment of desserts, which included the “Toll House Chocolate Crunch Cookie” recipe. These cookies, which are now known as chocolate chip cookies, became rapidly popular across the United States.

American soldiers serving in the Pacific and on the European fronts played a major role in the popularization of the chocolate chip cookies. The divisions from Massachusetts received care packages from back home which contained the “Toll House Chocolate Crunch Cookies”. The soldiers shared these care packages with soldiers from other states. Soon enough, those same soldiers started writing to their loved ones to send them some “Toll House Cookies” in their next care packages.

The soldiers from the United States Army didn’t share the cookies just amongst themselves. They shared them with troops from other allied nations as well. Ruth Graves Wakefield started receiving innumerable letters asking for her recipe. All of this culminated in the chocolate chip cookie becoming the number one cookie in the States.

If you wish to discover more about the history of the Chips Ahoys!’ cookie sandwich counter-part Oreo and Mondelez International, the conglomerate of major sweets confectionaries. To get you more interested in the Chips Ahoy! cookies, we will provide you with some interesting facts about the cookies, for your amusement.

As we have already established, Chips Ahoy! cookies are some of the most popular cookies you can purchase in the United States (and Canada as well!). They hold a special place in the hearts of the people. Chips Ahoy! cookies are  much-enjoyed by everyone, especially children who love tiny bites of chocolate chips. If you’re asking yourself why these cookies are so popular when they’re just ordinary chocolate chip cookies, you came to the right place.

The truth is that these cookies are not ordinary at all! They are delicious and there are lot of different kinds of them, for all types of people.  Some people prefer the more crispy, classic-looking variant (and we’ve got to admit, “less is [sometimes] more”). This variant is round and crispy, with the chocolate chips on top.

If you’re a person who likes to eat cookies that are easy-to-bite, then Chips Ahoy! Thins Double Chocolate are perfect for you. They look freshly-baked and, of course, thinner than other types. Don’t worry, although they are thinner, you will not miss a thing due to the double chocolate filling inside the cookie. If you are careful about what you eat, you might be interested in the cookies’ nutritious facts. One pack of serving, which has 22g, contains 110 calories.

If you don’t prefer chocolate creme in your cookies, you can try other thin-baked varieties, such as Thins Cinnamon Sugar or Thins Oatmeal. Moreover, many people enjoy cookies that are actually a "mix" of two famous brands.

Chewy Chips Ahoy are perfect for anyone who doesn’t like hard cookies. In addition to that, it has Reese's little peanut chocolates inside. You’ve got to love that! It is soft and melts in your mouth. If you don’t enjoy eating peanuts, but still want your cookies soft, there are Chips Ahoy Baked Real Chocolate Chunk Cookies. While cookies are indeed soft, chunks are large and crunchy. If you want to double your pleasure, we recommend eating these cookies with a glass of hot or cold milk.

Sometimes, one can be in doubt… “Should I eat cookies or ice cream? With this variant, your problems are solved. There is a special type of Chips Ahoy! cookies called the Chewy Chips Ahoy Ice Cream Creations Mint Chocolate Chip. As you can see, the title of this type is very intriguing and long, but also interesting. Of course, its taste will not disappoint you. The colour of the cookies is dark, but it can sometimes seem like they’re shining, because of the little (and larger), green mint chunks on the top. Not only do they taste like you’re actually eating mint flavoured ice cream, they also look very appealing.

We presented you with a lot of new information today, and we hope some of that info stuck around with you. The chocolate chip cookie, as a cookie type, has a really interesting origin story and history. We hope that, from now on, every time you enjoy a fresh Chips Ahoy! cookie you’ll remember how the cookies even came to be.

Besides that, there are numerous delicious desserts and interesting facts connected to Nabisco’s Chips Ahoy! cookies. We’ve only mentioned a portion of the most amusing facts we could find, the rest you can discover for yourself. While you’re here, why not hop on to the nearest store and buy a pack of delicious Chips Ahoy! cookies? You could even try out some of the recipes we’ve listed. We promise, you won’t be disappointed. That’s it for now, cheers until the next article! 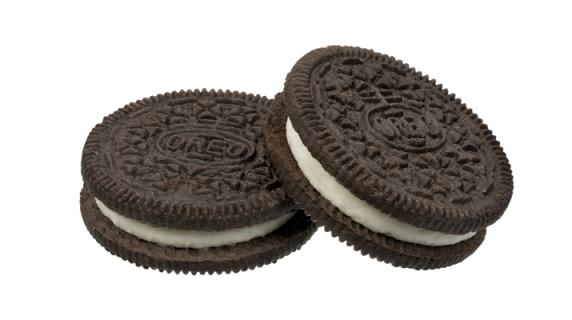 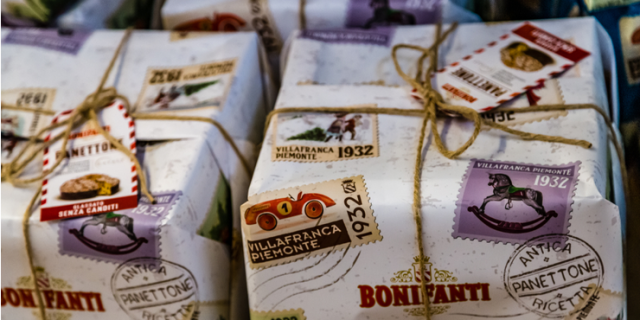 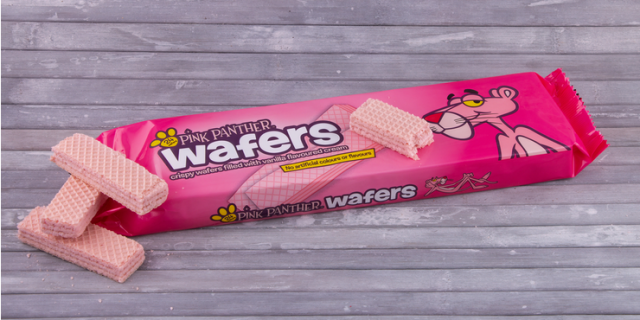